Art Deco design style in its modern interpretation can change, mix with and affect other styles but it will never disappear. Instead, we can adnit the tendency for the lovers of historical European values and design concepts with their gravitation to expensive materials, pompous complicated but clear forms and noble and unusual solutions of the decoration.

Art Deco is considered as “the style for rich people” and we can partly agree this statement. But it is a half of the whole truth. In fact, this is the style for creative people with impeccable taste, lovers of antiquity and for people who ready to combine the conservative classic design patterns with the modern viewpoint. And to make our transition to the 20-30th of the past century`s France easier and to plunge into the subject more vividly, we have chosen the real Art Deco apartment design in Europe. It is only a visual concept of the prospective interior, but it`s nice illustration of the designer`s vision of how the final result should be look like.

Firstly, we can find ourselves in the narrow hallway with the enlargement in front of the bedroom door which is occupied by the two semioval glass stands for the important personal things and decorations. The white color passing through the all image of this premise is basic and will appear in every room further. White finishing if the ceiling, neither more nor less will remain untouched throughout the whole apartment while the other parts undergo specific metamorphoses.

Look at the floor covering. Two types of it is used here. The utilitarian premises exposed to high humidity or drop of temperature are covered with nice tile contrasting composition of white tiles combined with smaller black ones. The rest of the apartment can shows off with nice looking oblique laid wooden laminate with a hint of former structure of real untreated wood. 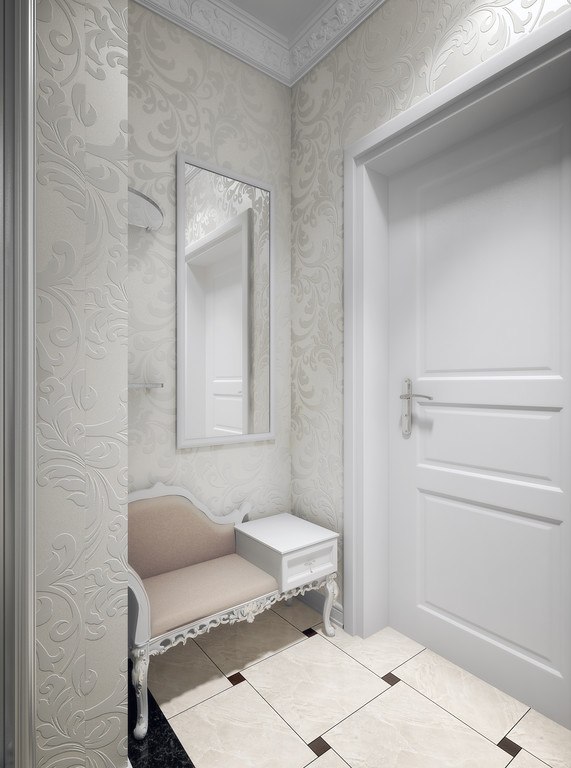 Take an inquisitive look at the transitions between any kind of material or zone. The professional designer and the attentive person would notice the inclination to make vivid transitions between logical levels of the apartment: look at the massive frieze separating the smooth milky ceiling from the voluminous wallpaper with the plant pattern. Such technique is apparent adn in the bottom of the premise in the high skirting board. Take a look at the black marble separating the floor tiles from the laminate board. 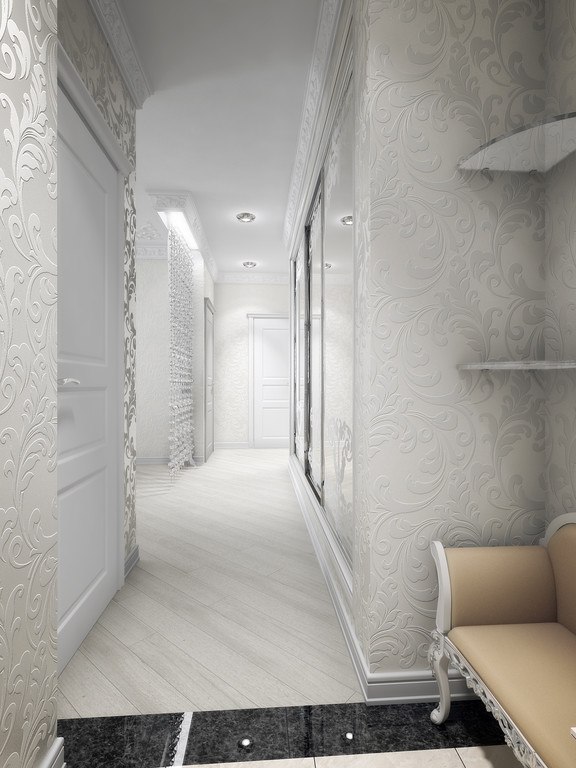 The overall color palette is quite uniform. That`s why designers betook the abundance of finishing materials to highilght different logical areas and to diversify the appearance of the area. 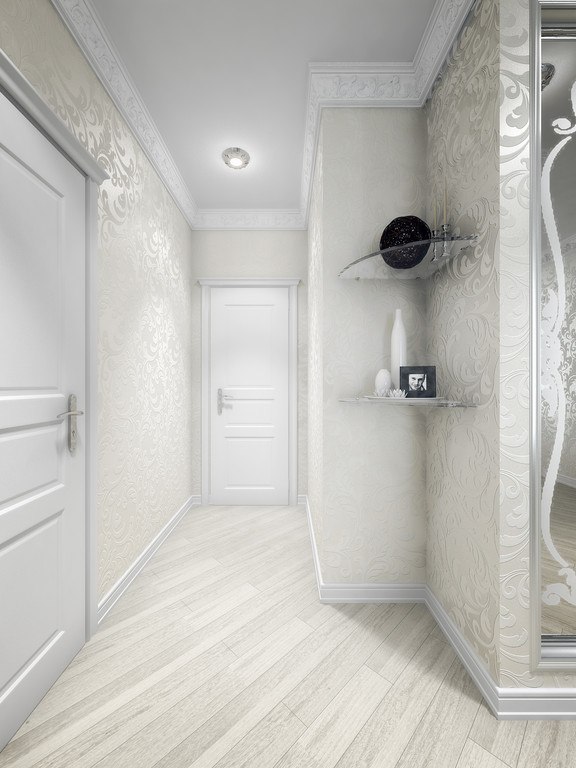 The living room can boast with more variegated color theme for expence of adding the noble light burgundy color to the wall decoration, window curtains and the furniture upholstery. Also we can see the living plant and the fireplace – an integral part of any classic styles. The abundance of gypsum and textural plasterwork creating elaborated figures, columns and decorating painting above the chandelier should tell us that we are in the Art Deco stylized interior. 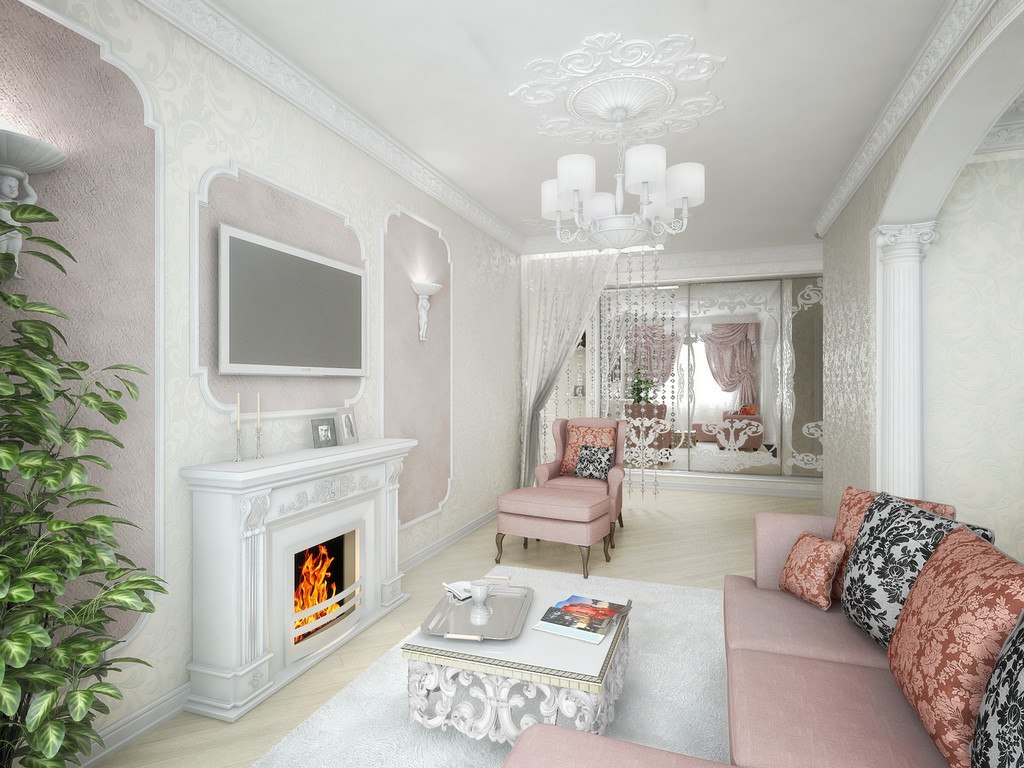 The firplace should be necessarily artificial. Otherwise, even having the ability to mount the real hearth with the chimney at the private house or the mansion, it would be very unpractical to have the real fireplace in the white trimmed space, because the soot and other leftovers would quickly contaminate the ideally white surfaces which are very unlikely to clean with the regular cleansers. So as the nappy carpet with carved decorative coffee table on it. 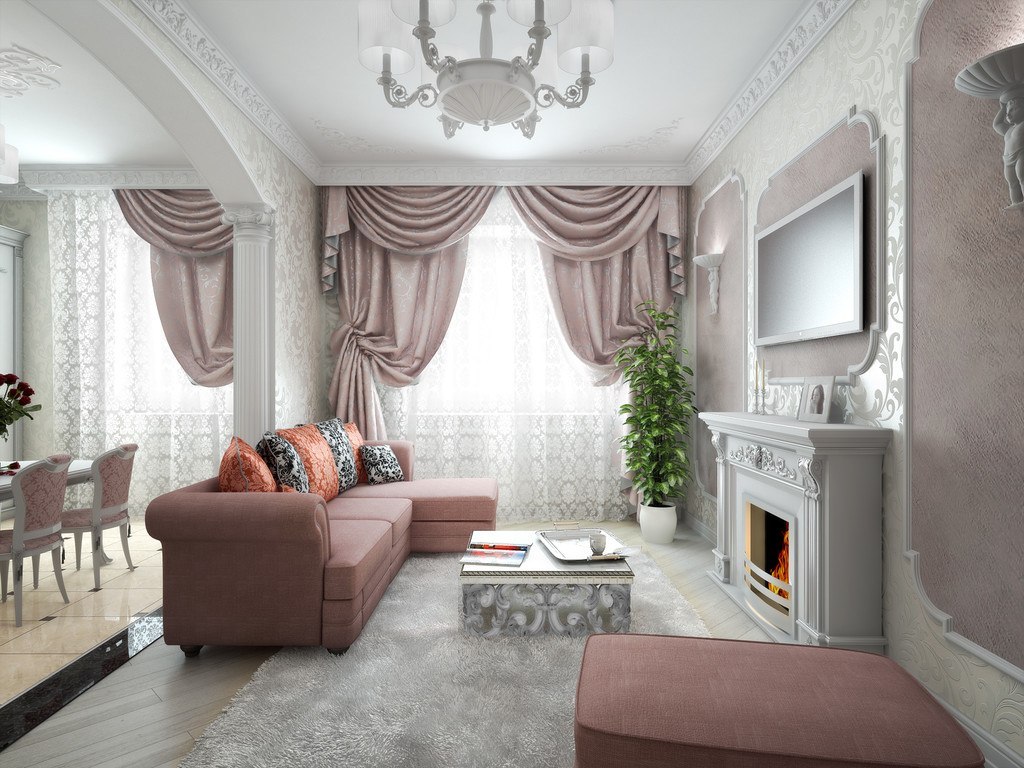 The kitchen doesn`t change the tradition of the wide use of the plaster and gypsum, decorative plastic modules to beautify the furniture set and the wall-ceiling transitions. We have the very same living plant thematic and the pink upholstered chairs at the carved white table here. The lighting in the dining zone is provided by specially ordered skilfully forged white chandelier with matte plafonds to give the uniform mild light. 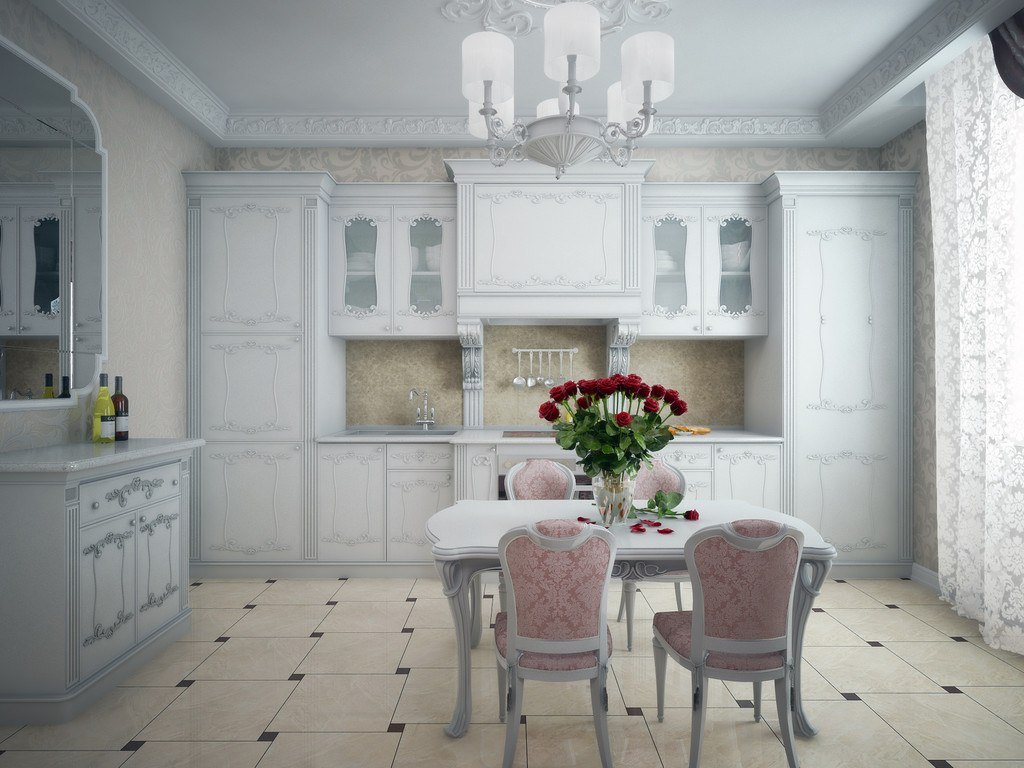 The image and zoning is completed by the successful use of the arch between living room and the kitchen. 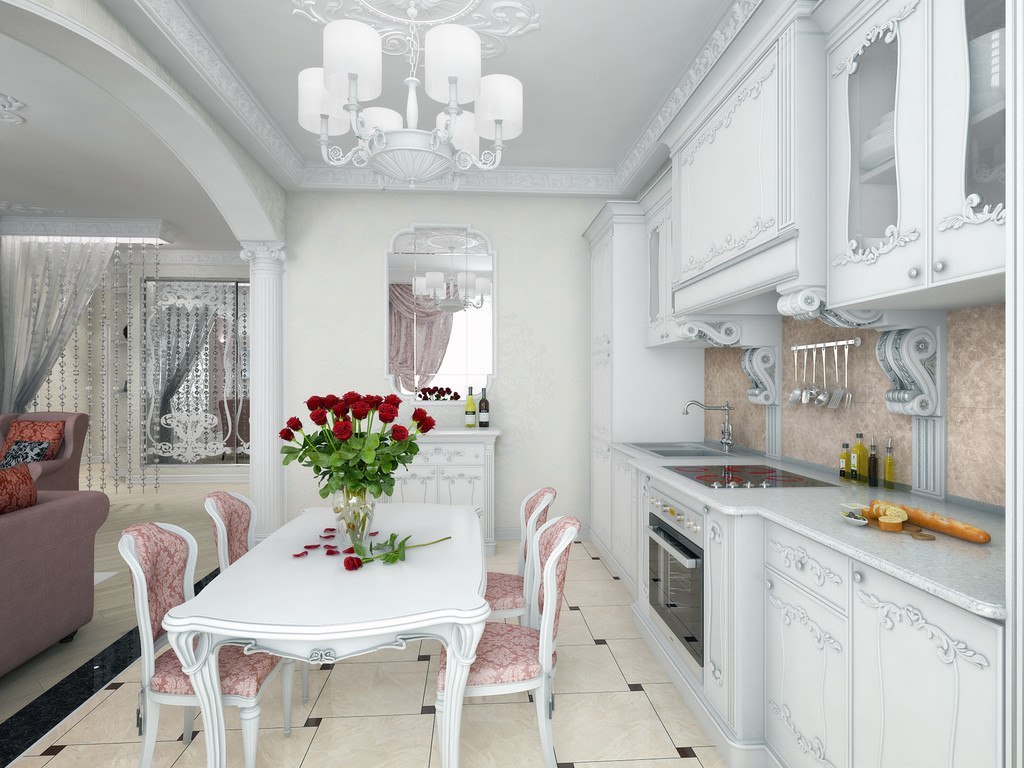 Comfort in your home depends on many factors. The right type of furniture and appliances can keep you happy and satisfied. The same is…