Lighting commercial spaces is not an easy task, and it often requires that you find specialized lighting for your space. Without such lighting, the working environment becomes less than favorable and can pose safety risks to the people in it. At present, LED lights are the preferred mode of lighting which even features in bay lights.

To help you understand what LED bay lights are, we have put together some facts about bay lights, differentiating high bay options from low bay lights. Understanding the key differences between these lights will also be essential to helping you choose what’s suitable for your space. 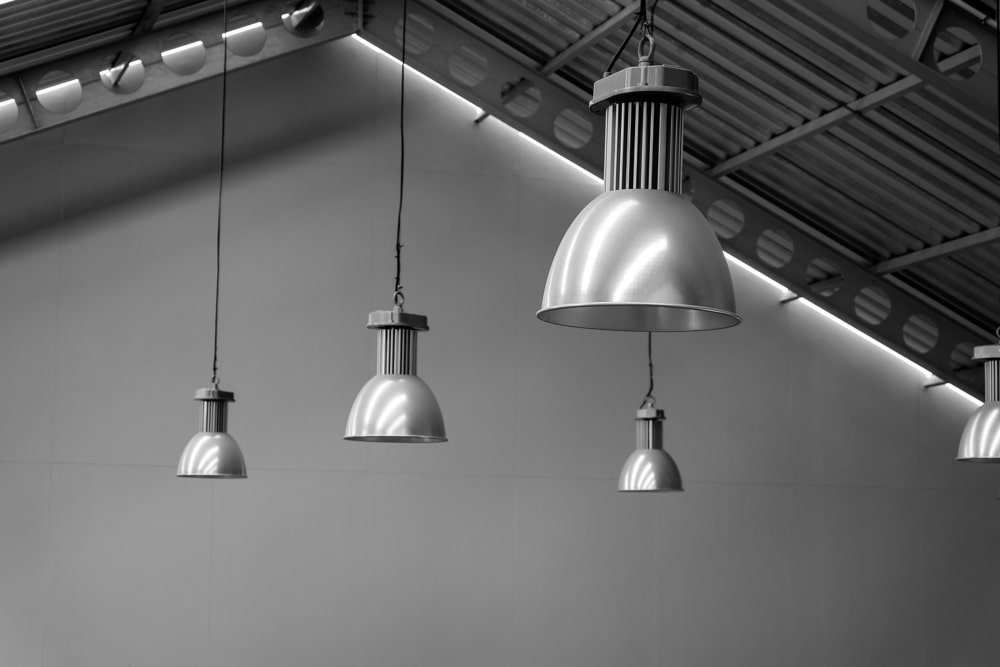 What is Bay Lighting?

Large spaces such as gyms, large garages, and warehouses cannot make do with the lighting available for residential spaces. Instead, they rely on bay lights which illuminate large sections at a time. These lights come in two categories.

The first is high bay lighting which works for ceilings that are higher than twenty feet from the floor, such as high bay lights for factory applications. Other spaces that benefit from such lights include hangars and large gyms. Generally, people mount these lights at 90 degrees though alternatives are available.

Low bay lighting works for ceilings that are twelve to twenty feet from the floor. A good example would be a parking garage or a workshop. Most mounts feature a 120-degree setup.

While these lights have major differences, you’ll find that they can be interchangeable in some cases. Take the example of the 150w UFO high bay lighting, which can work for both areas which need maximum amounts of space lighting and those that need a moderate touch.

What’s the Difference Between High Bay and Low Bay Lights?

Other than ceiling height, high bay and low bay lights also differ based on their suspension and wattage, among other factors. Let’s discuss why one would prefer one light over the other.

The most common determinant of bay lighting is height. Look at it this way. When lighting a garage where the ceiling is higher than twenty feet from the floor to a maximum of forty feet, you can use high bay lighting. Such light will uniformly light the space and ensure that you can operate in the space without suffering some dark nooks here and there.

On the other hand, if you have a garage with a ceiling that’s lower than twenty feet off the ground, you can consider low bay lighting. Ideally, this option works for spaces with ceilings between twelve and twenty feet from the floor. These lights are more common in residential and commercial spaces, while high bay lights are often seen in industrial spaces.

High bay lighting makes the most sense in industrial and commercial spaces where the rooms are large, and using standard lighting will not suffice. Consider a warehouse facility or a university gym. Using other lights would be expensive as you would need many lights to achieve uniform lighting. Additionally, the lights would probably not still cover all the areas in the space, thus making them impractical. High bay lights solve such problems and can work for a big garage.

Low bay lights can still work in large spaces such as warehouses and hangars. However, they often feature in smaller spaces such as retail stores and eateries where lighting requirements are not as high. Thus, in a smaller garage, this would be the better option.

We earlier stated that high bay lighting is often mounted at angles of 90 degrees. However, you can also mount it at 120 and 60 degrees, depending on how much you want to distribute the light. If you want to have more lux, you can work with a narrow beam to enhance the focus. However, for more light distribution, you can work with a wider beam. Take an example of a large garage with a low ceiling height. In this case, a wider beam would make the most sense.

Typically, low bay lights are mounted at 120 degrees, allowing the light to spread further across a wide area. For example, this would allow you to use fewer lights and still achieve uniform light distribution in a garage.

Given the distance from the ceiling to the floor, high bay lights tend to lose a lot of light and need to work much harder than low bay lights. Thus, they incorporate reflectors to ensure that light moves downwards as opposed to outwards. The result is a uniform light distribution that enhances visibility in the space. Low bay lights, on the other hand, do not have to work this hard.

Which Bay Lighting Do You Need?

Now that you know the key differences between the two, how should you choose what’s suitable for your garage? You can consider:

With these factors in play, you are sure to find the right option for your space. Other than these determinants, you also have to think about which bulb is best for the bay lighting. We will cover one of the most popular options right now- LED lights!

LED light bulbs used to be pricey, and people often went for the traditional options to avoid the high initial costs. Times have since changed, and you can get your hands on a good LED light at an affordable price. Additionally, these lights boast of energy efficiency. They consume less energy without compromising on the light output. You can save a lot of money by reducing your utility bills. Plus, they look great, are safer to use and operate and come in various shapes and styles. What’s not to love about them?

How Can Smart Tech Upgrades Improve Your Property’s Value

While real estate can be an incredible investment, it is crucial to keep up with the market to know which properties sell and which…