When saying “Courtyard house” we often mean some large house or a mansion with a great number of rooms and a central courtyard. In this article, we will review the history of the appearance of homes with courtyards, their relevance in the modern world. Also, we will estimate the chances to make a small house with no foundation with the courtyard and review some of the house plans. And to fully decorate the picture with all the bright colors, we will see some examples of this architecture in the modern world.

The History of Origin

Just the very first glance at the house tells us its design is brought from the depths of centuries. Moreover, it is obvious, that most of the homes with courtyards were in the possession of the richest people of the epoch.

Indeed, history tells us first courtyard houses emerged ca. 6400–6000 BC among the cultures of the late Neolith. Of course, we would be right if suppose that Roman Empire propagated this type of building among the patricians and the high society. The central yard is also intrinsic to ancient Arabian architecture. And we should not forget about the famous Chinese Siheyuan houses. 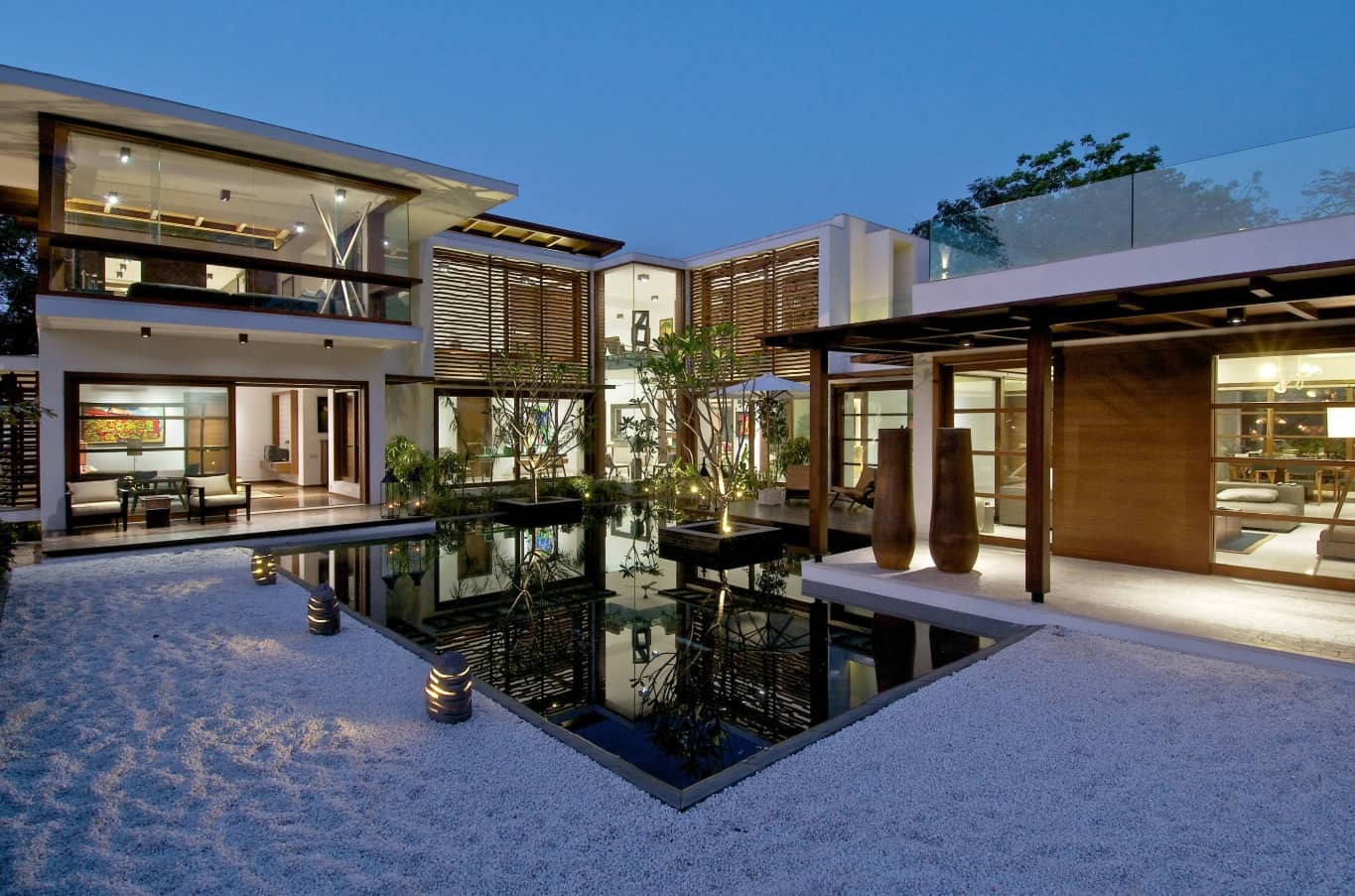 Another European sample of courtyard houses comes from the Middle Ages where many of the palaces have the central courtyard or atrium (Versailles, Hatfield palace, etc). In the meantime, similar architecture occurs in the villages of India and calls Manduva Logili.

However, contemporary houses combine a large number of cultures and stylistic approaches. So that it is impossible to determine what design style formed the basis of the specific building. Architects and designers skillfully mix up the experience of previous generations taking the most successful features. As a result, we achieve the most visually appealing and functional constructions that give joy to their owners. 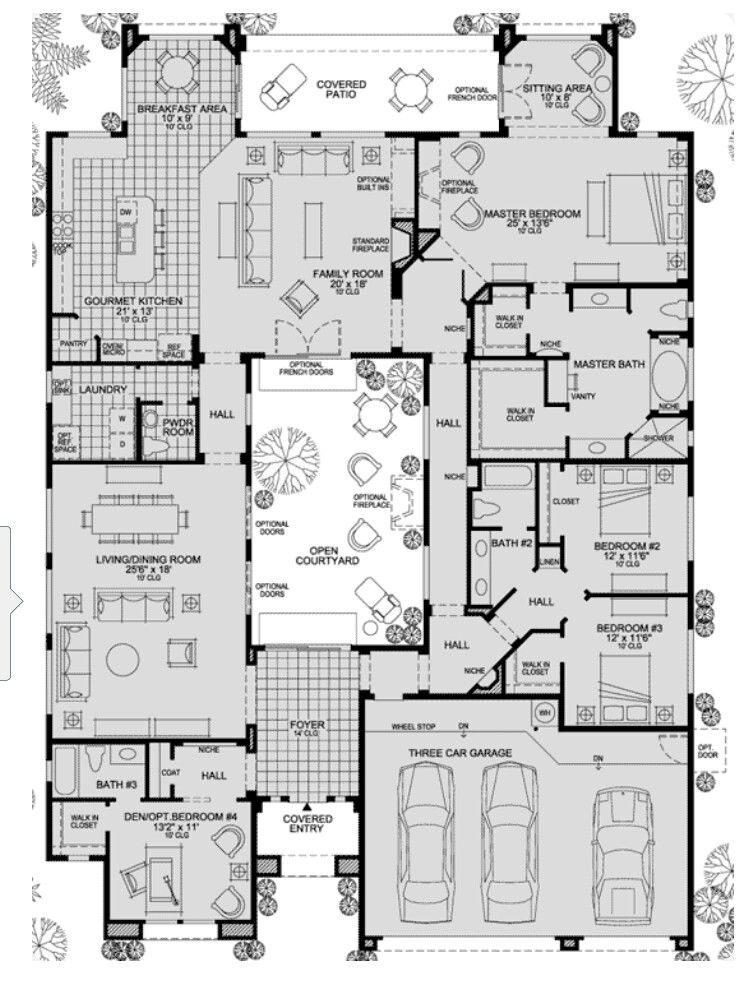 But enough of the theory. Let’s review the mansion above and see how exquisitely the living space is organized. You can get inside the house through the front foyer and this is also an entrance to the courtyard. It is a leisure zone with the possibility to place a chaise lounge, rocking chairs, and the dining zone in the open air. You can forget about the wind and other vagaries of nature as the courtyard is surrounded by a building. Also, it is quite possible to make a glass convertible roof above the courtyard to turn it into the atrium. 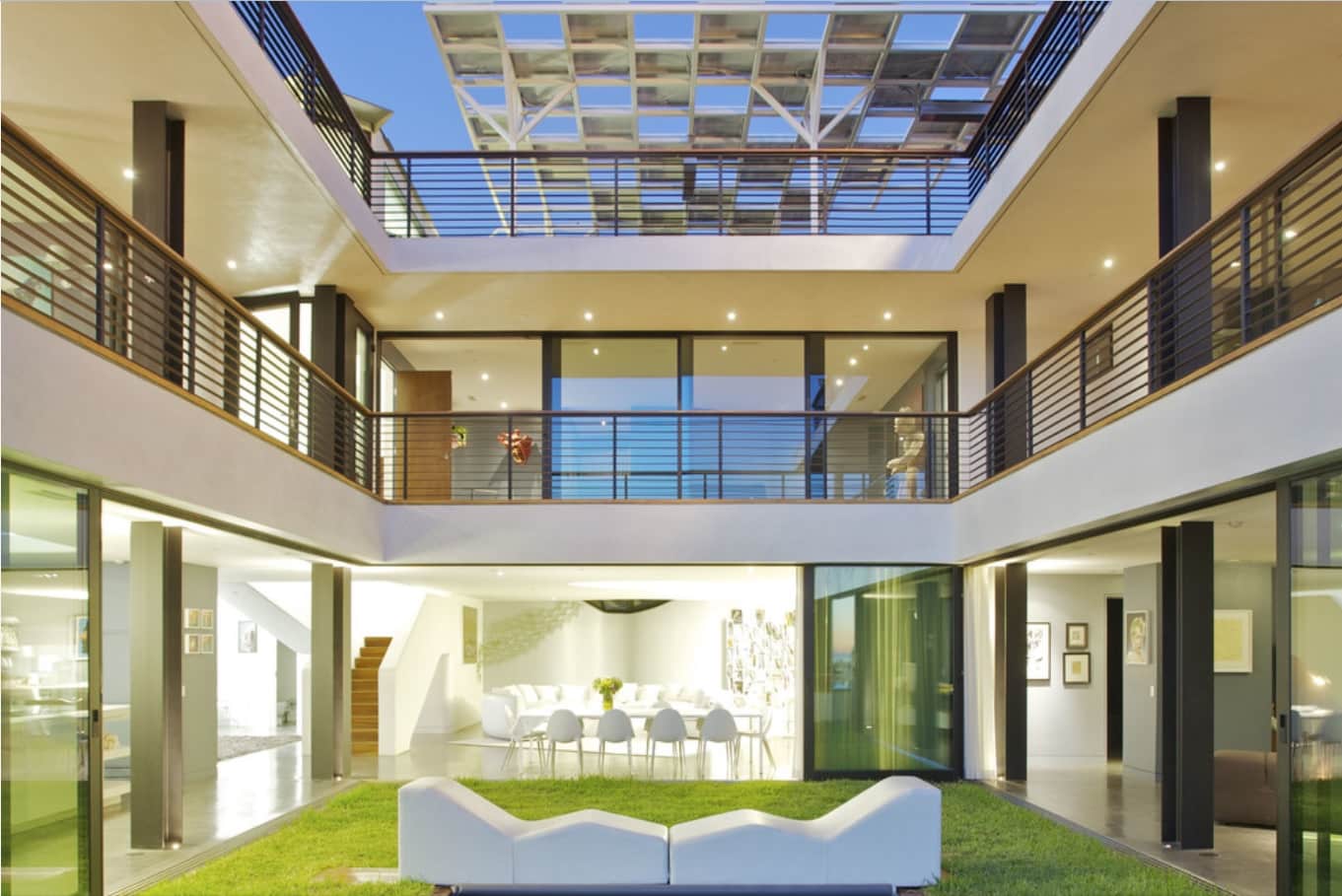 As we can see, most modern courtyard house plans assume the bedroom allocation to the East (in order to get the first sun rays) and the living/dining room and home office to the West (to maximize the daylight and activity). That is the widespread arrangement, but the courtyard allows more exquisite and clear zone separation. 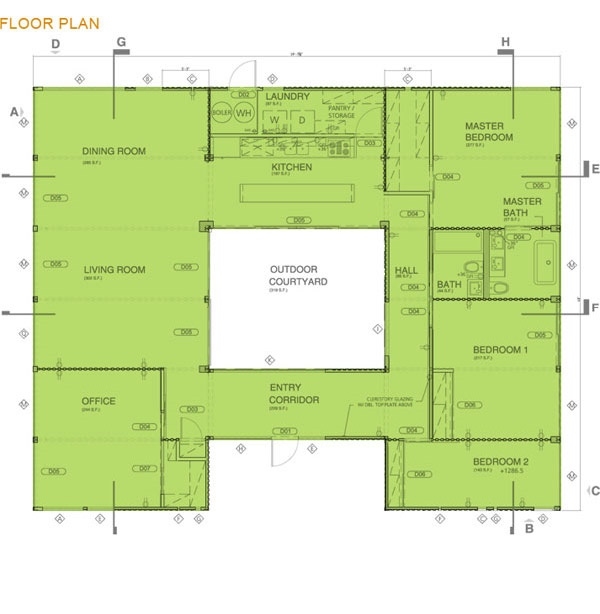 The central space usually has a purely entertaining role. It often accommodates the pool, BBQ zone, or just seating zone. Nevertheless, it’s hardly one living zone that can compete with the outdoor one. Secluded relaxing in the fresh air is an amazing experience. That’s why homes with courtyards are a great choice for large land plot. 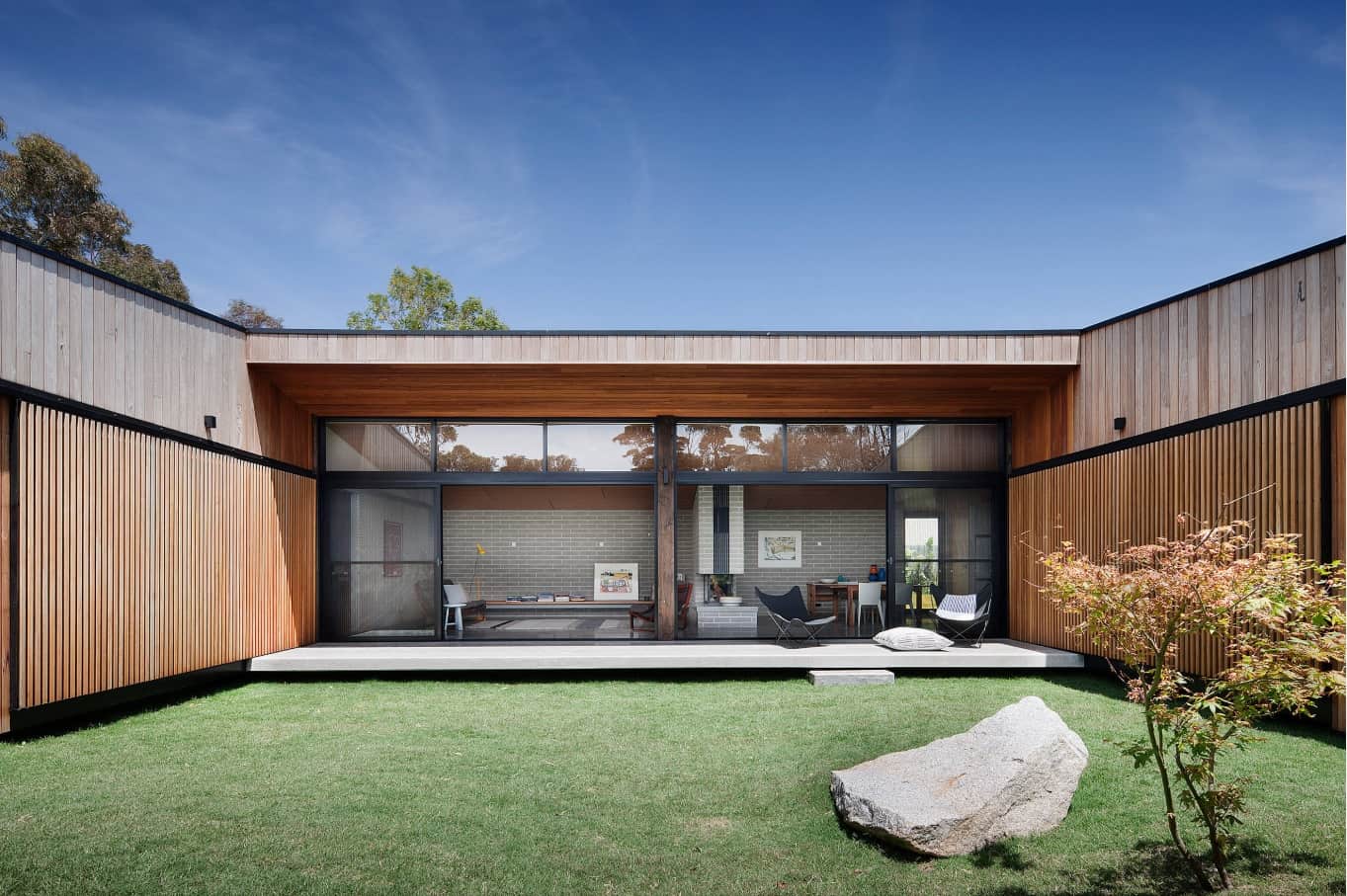 After a long day at work, relaxing in the bath is the perfect way to relieve your mind of all the stresses and strains…