Empire style in the interior design of the apartment is the embodiment of imperial luxury, where clear forms and strictness of the classics are surprisingly combined with heavy ornaments and festive decorations. As the personification of order, peace, and quiet, Empire decor maintains its popularity even today: most often it is chosen for the decoration of the living room or office, exquisite salons, shops, and boutiques.

To order the design of the apartment or house in the empire style means to bring it into the interior space of calm solemnity, luxury, and grace. 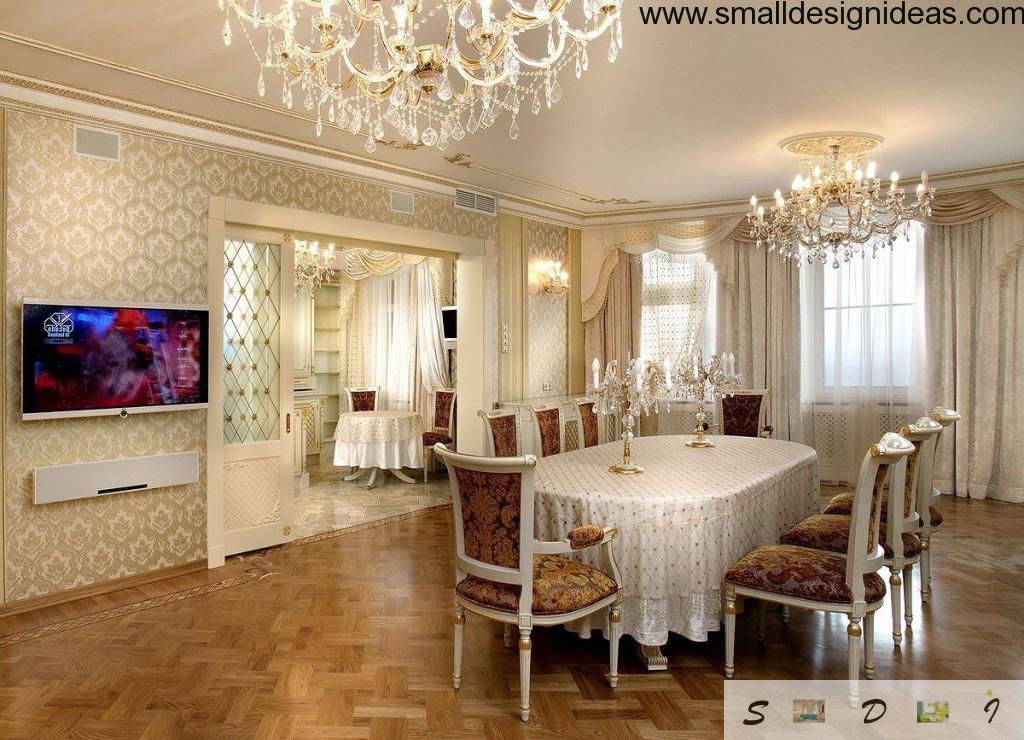 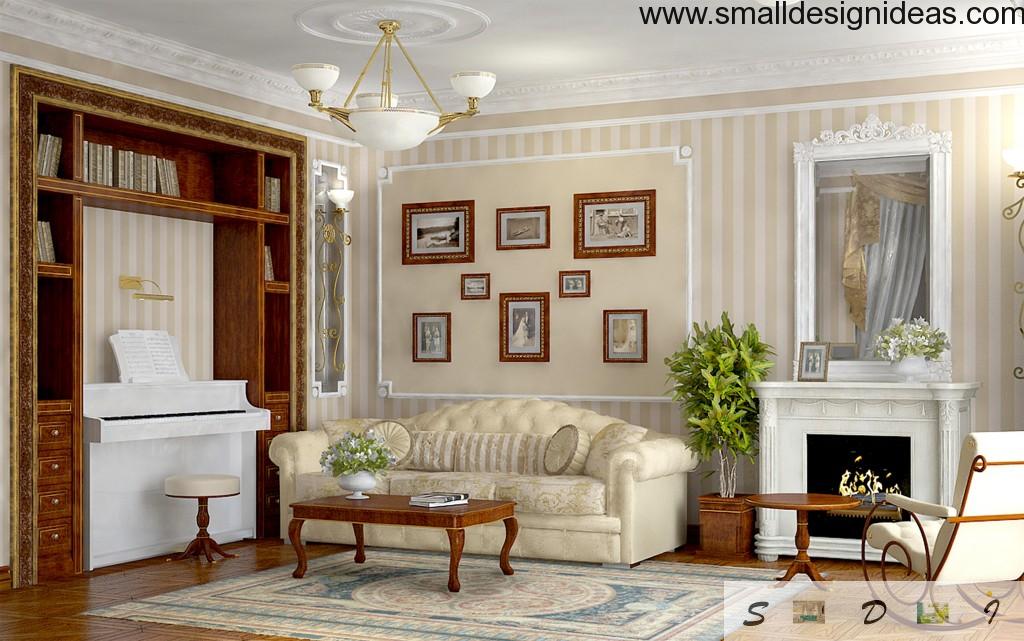 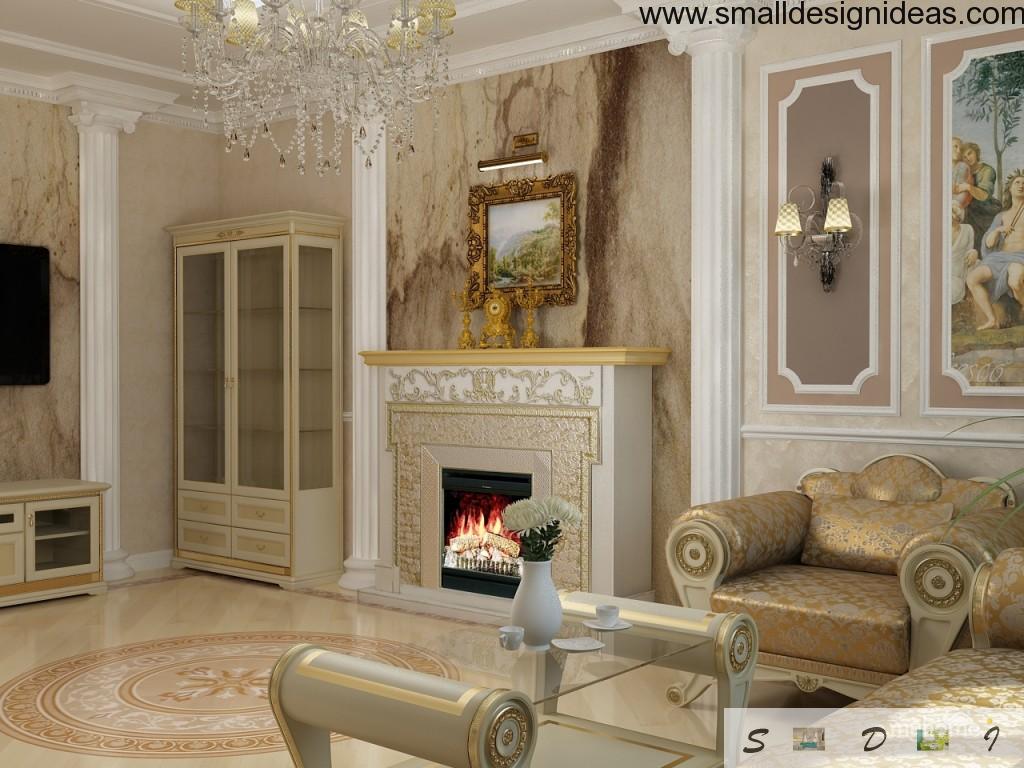 Empire style appeared in the early 19th century in France (this country is a very prolific culture center of the World as one can see), during the brief reign of Emperor Napoleon Bonaparte. The bombastic and pompous Empire was intended to emphasize the grandeur and sublimity of France: this effect can be achieved by using pilasters, columns, military attributes, fine wood, and gold leaf. 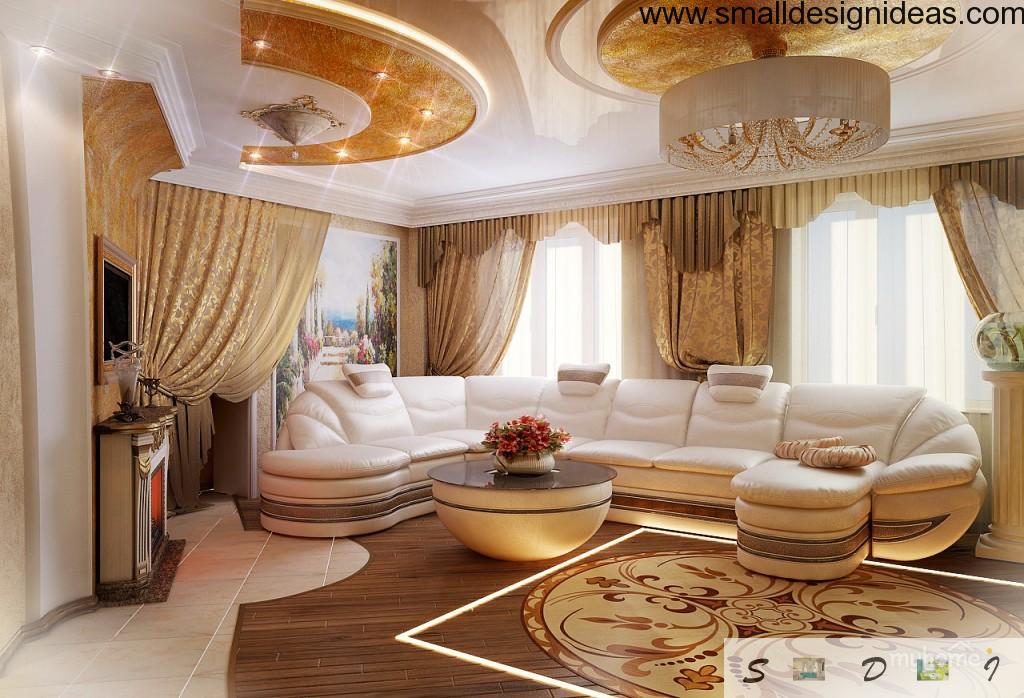 Despite the fact that the Empire combines the details and motives of several cultures, he still has the main goal – to convey the importance of the room to the human.

– Important! Interior style of Classicism and Empire have one important difference that can not be omitted. If Classicism primarily focused on Greek antiquity and culture of Athens, Empire Art it lies at the heart of the of the Ancient Rome.

Empire in a modern interior – is a luxury environment, peace, harmony, and balance.

Empire style in the interior design of apartments, houses, cottages implies pure forms, symmetry, intricate design. Empire style in a residential area is characterized by a certain coldness, however, the house, designed to suit all styles and requirements, captivates the eye instantly. 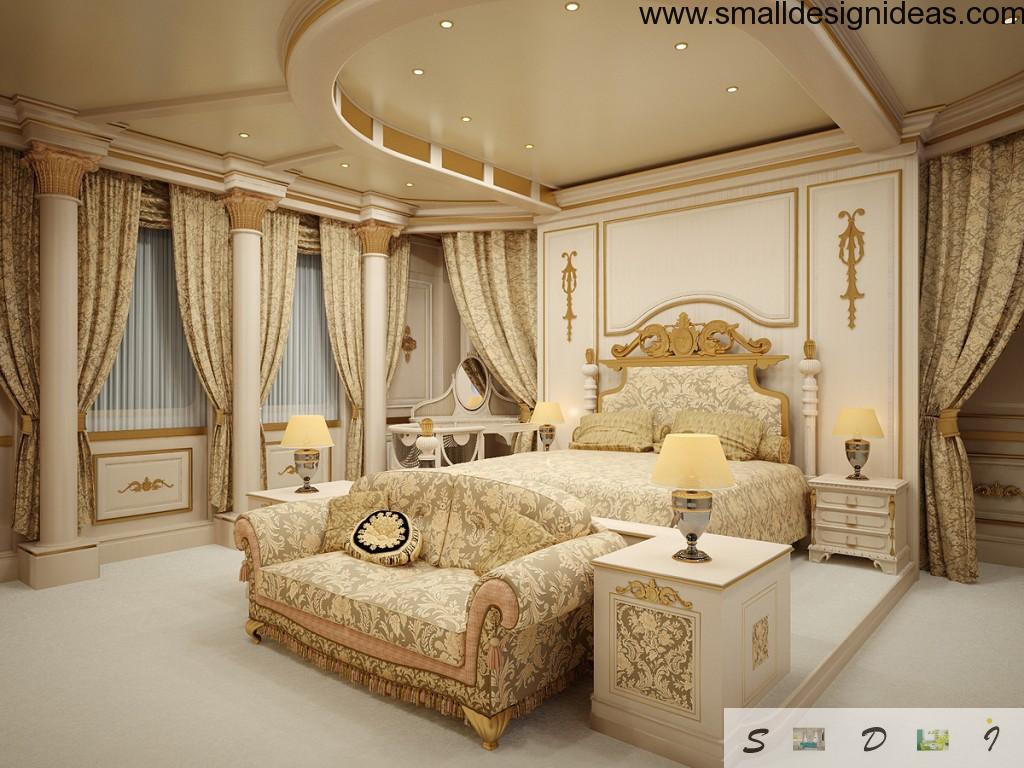 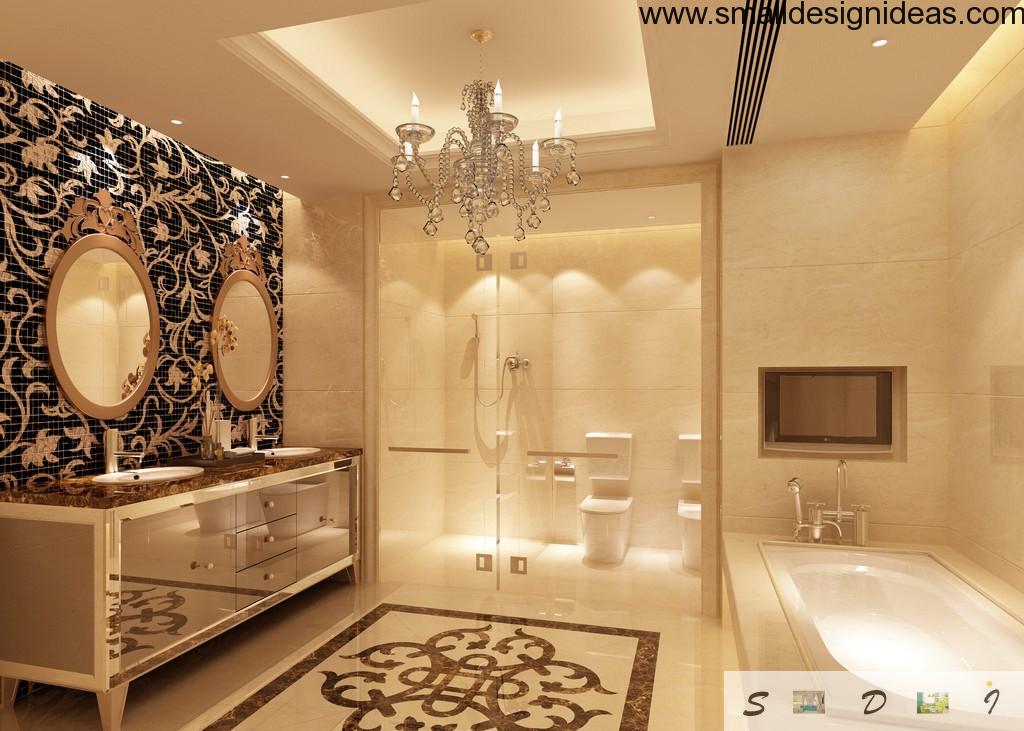 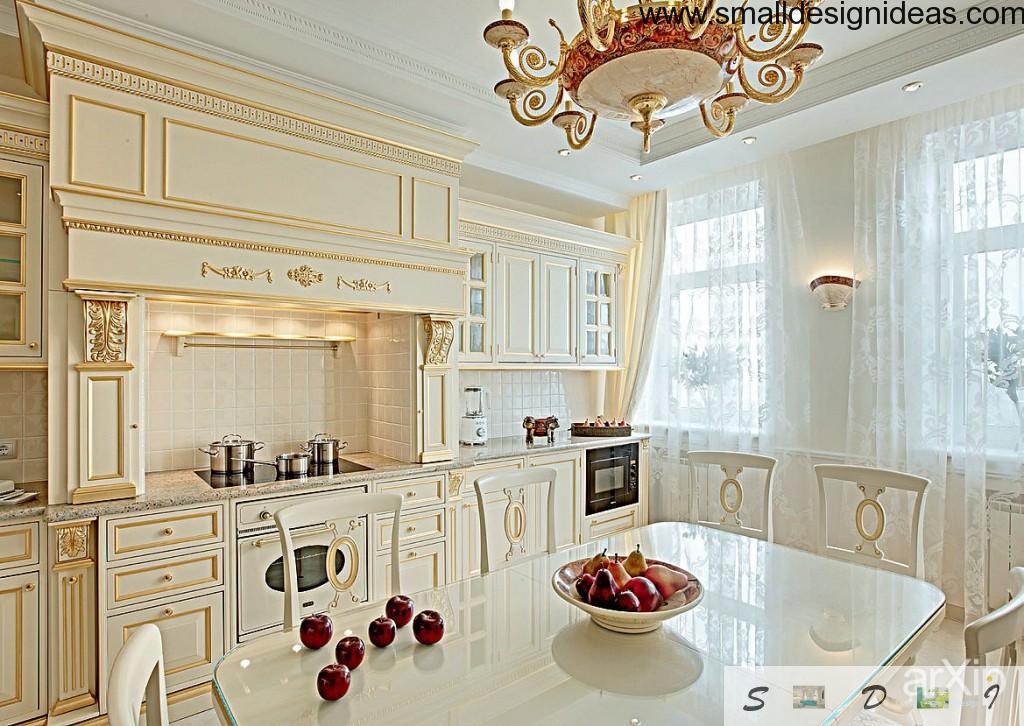 The Design of non-Residential Premises in the Empire Style

If some time ago the Empire style could be found in the design of the Palaces of Marriages, the ambassador’s residences, and the offices of influential people; now the Empire style is popular for the decoration of shops, bridal salons, hotels, and even nightclubs! And it is quite logical: Empire allows the space to have both official and festive look. 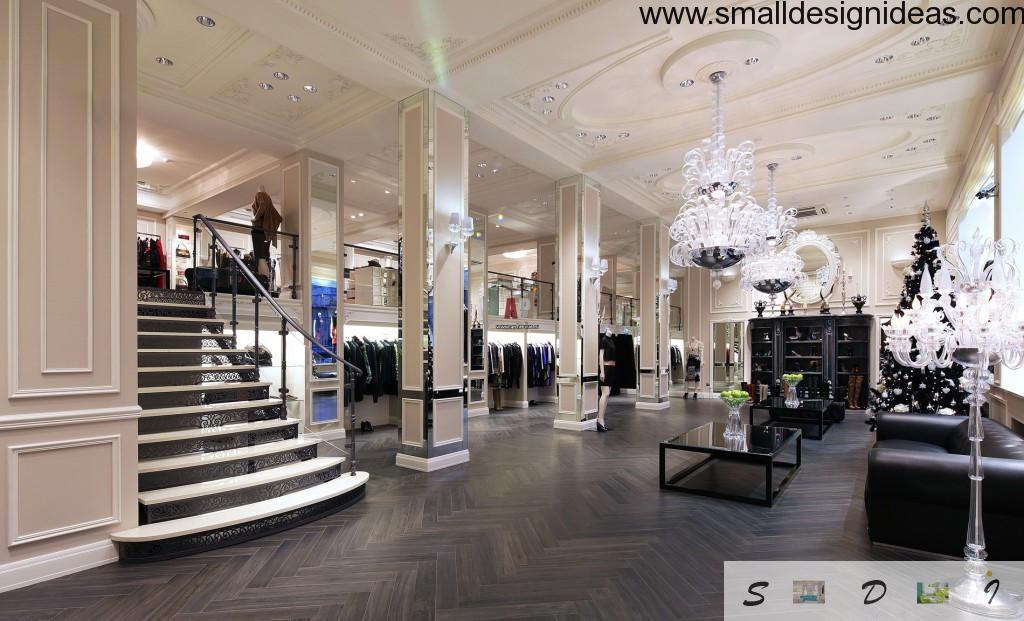 We would like to talk a bit about such a concept as the “Stalinist Empire in the design” trend that originated in the Soviet Union (under Stalin). It is characterized by the following features:

Finishing the interior and its furnishings are created in such a way that the room eventually had been giving the impression of rigor and increasing operability.

That`s why the “Empire” concept is well-known in the republics of the former USSR and you can meet a really valuable piece of architecture there. 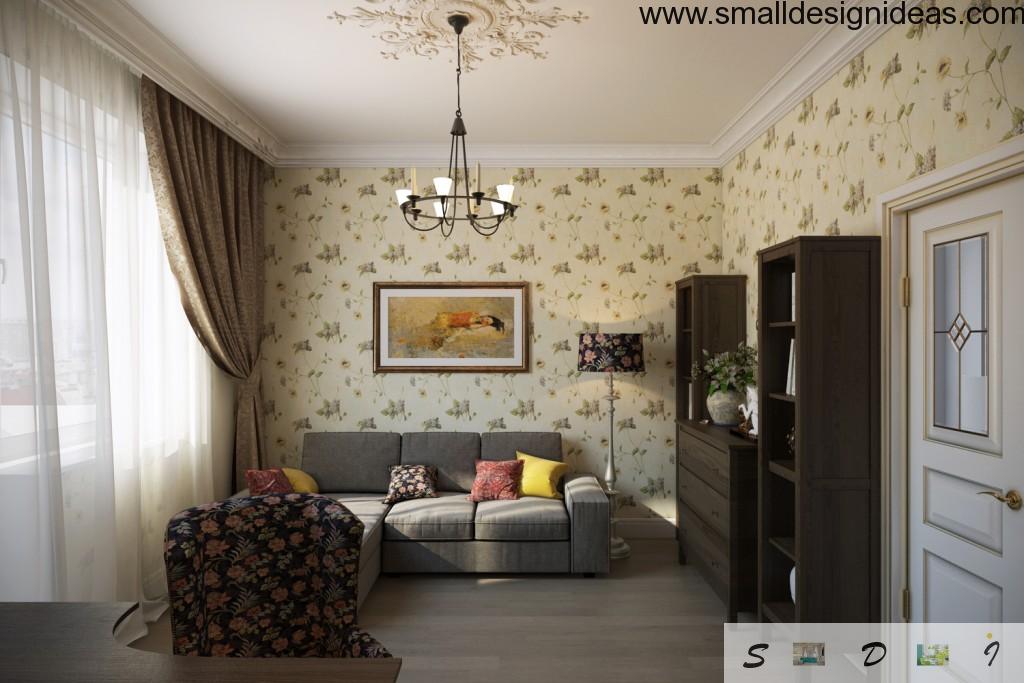 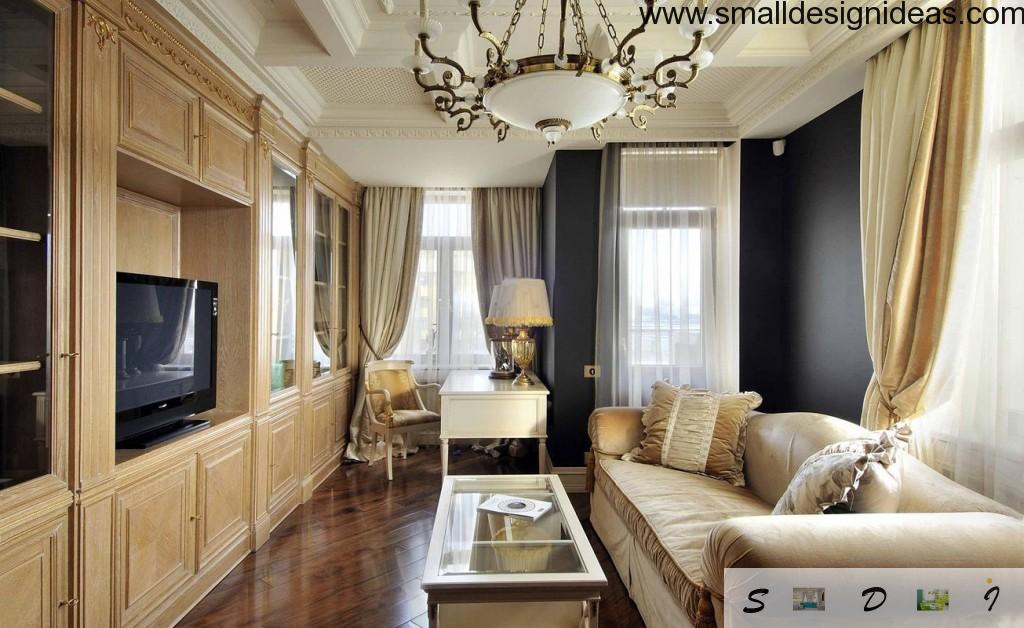 Too often the price of granite or marble is high and not everyone can spend such an amount of money from the family budget….