The Tudors, who succeeded the Yorks, ruled England from 1486 to 1603. The architectural style that arose during this period of time brought the construction of houses to a new level, radically changing their appearance. A characteristic feature of Tudor style houses is black beams and white wall panels. Initially, their use was determined by the materials available to the builders. In the XV-XVI centuries. all of England was covered with forests, so getting a timber or clay (which was also in abundance) was not difficult. However, if the customers were rich enough, the houses were built of bricks laid out in herringbone, but the geometry of the building was still determined by beams. 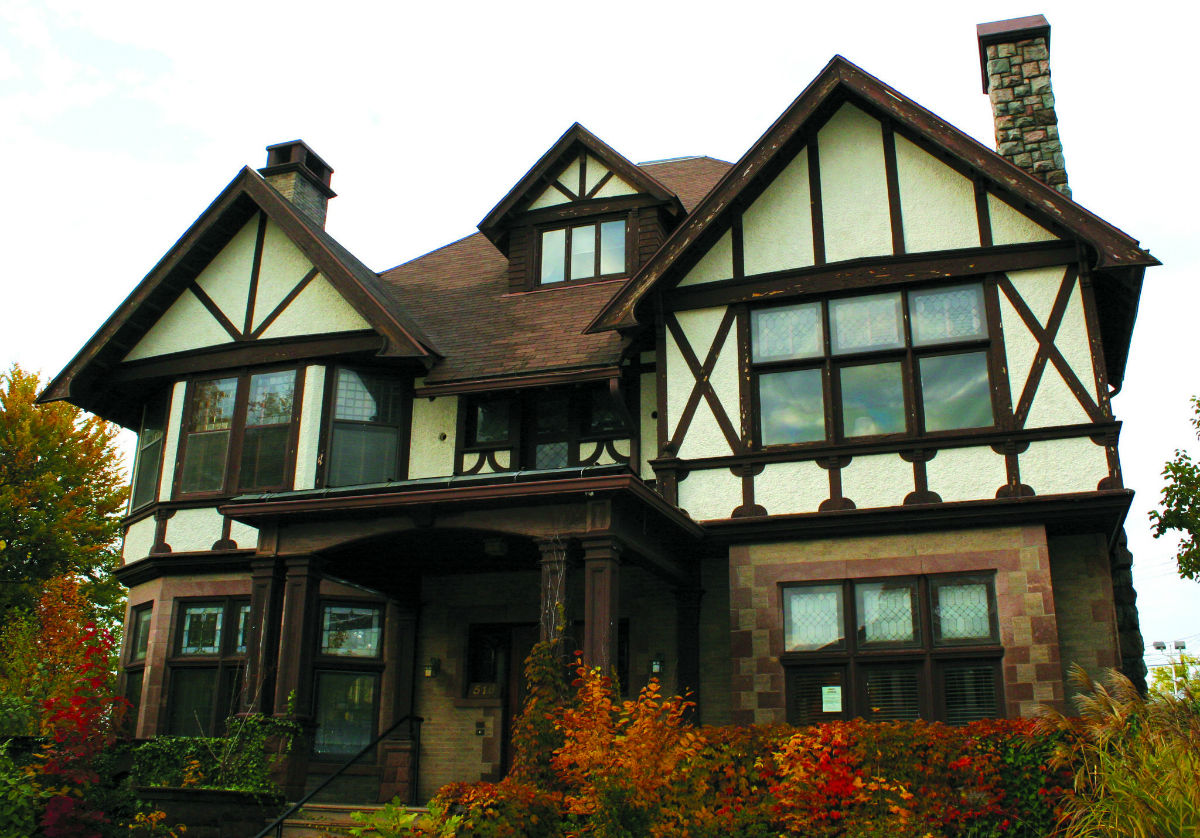 Other features of the style include peaked roofs, as well as arched forms (design of the entrance, windows). No less important feature: Tudor style in the interior is a characteristic ledge of masonry for the chimney. In Tudor times, an important innovation was the appearance of closed hearths. It was hard to imagine that this would lead to revolutionary changes in construction, people’s lives and the decoration of buildings. But this is exactly what happened in the 16th century. The appearance of closed foci made it possible to move the heat source from the center of the room to the wall, making it possible to add on the second floor using new elements in the decoration of buildings. It was fireplaces that received the most attention in the interior design of that time. Often they were surrounded by a flat Tudor arch with simple yet noble details. 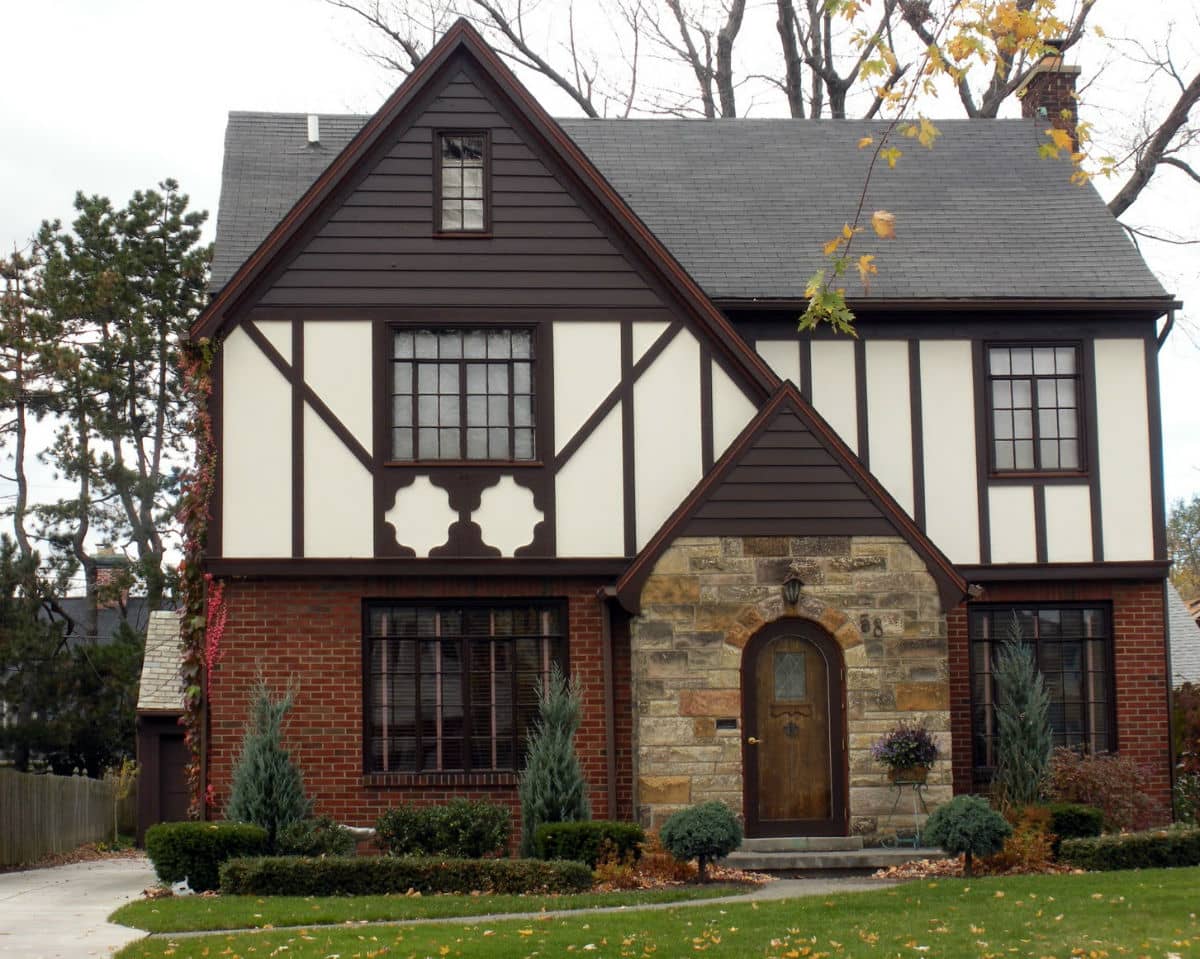 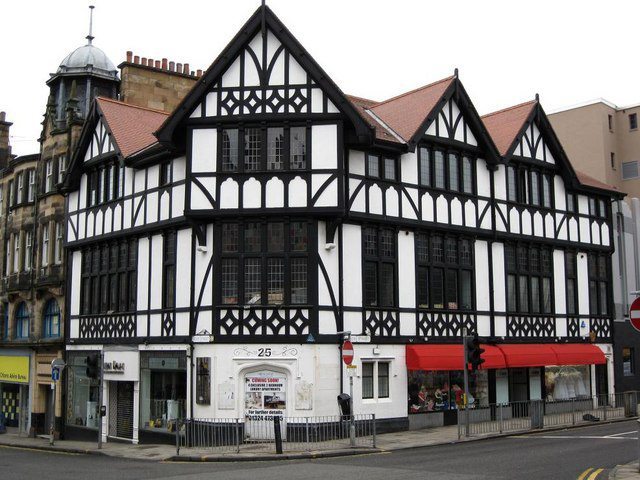 Decorating residential buildings was an expensive and rather complicated task, given that architects took their first steps in this direction. However, the lack of elegant turrets and balconies in English houses of the XV-XVI centuries was compensated by the healthy beauty of the forms. The Tudor style in the interior is easily distinguished by contrasting colors and small windows enclosed in lead bindings. 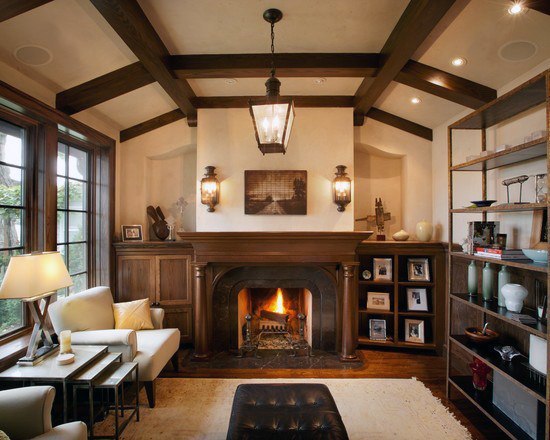 But often, some craftsmen went further and decorated the facade with repeating decorative elements made of wood. As a result, the building stood out from the others, although it did not go beyond the boundaries of style. The houses of wealthy people demonstrated the work of outstanding masters of that time, especially carvers. Exquisitely carved panels were made of local wood (mainly oak). 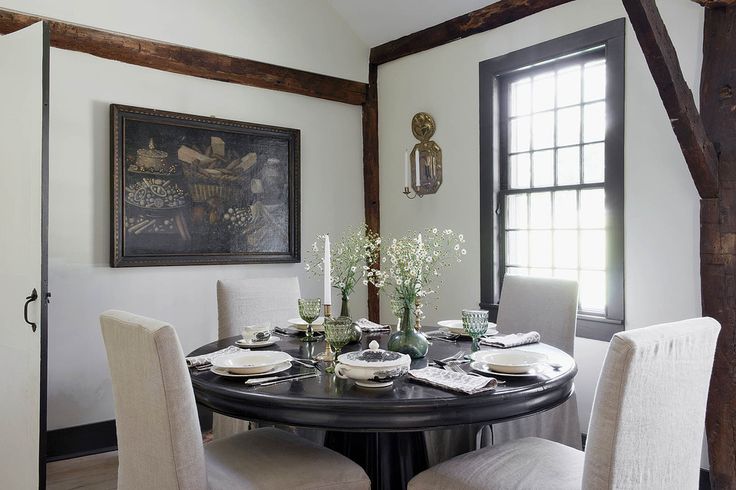 Nowadays, the original solution was the use of Art Deco style wall paintings in the interior. The combination of these two styles opens up great opportunities in interior design. Laconic wall panels fit wonderfully into the interior of small rooms, for example, a home office. Interior graphics with the cityscape often fill large spaces of the walls of the living room or bedroom. The historical scene, illustrating the era of the origin of the style, is now becoming a popular plot for painting and graphics.

At the end of the 19th century, the Tudor style survived its “renaissance”. Modern (at that time) construction technologies helped architects not only copy the basic aesthetic elements of the original style but also creatively develop them. One of the defining features of the Tudor Revival style are dark beams which now rarely serve as load-bearing structures: this is an element of decor. Spectacular visual contrast with light-colored walls makes this style very popular in the 21st century.

Many owners of houses located in the countryside are trying to arrange their accommodation with the maximum closeness to nature. The use of natural…