Prices for apartments in the downtown of big cities are simply exorbitant these days. So often, those who purchase housing in popular areas, are facing one of the most pressing problems – how to organize everything necessary for life in the functional areas in a few square meters. Many of our fellow citizens face similar challenges in the apartments built in last century. We hope that the example of rational and ergonomic very small apartment space organizing  of the next design project will help most of people. To put living room, bedroom, kitchen and bathroom into one small space, not forgetting about the storage systems and the possibility of free movement around the apartment is not easy, but possible. Let’s take a closer look at the design techniques that can help us provide this. 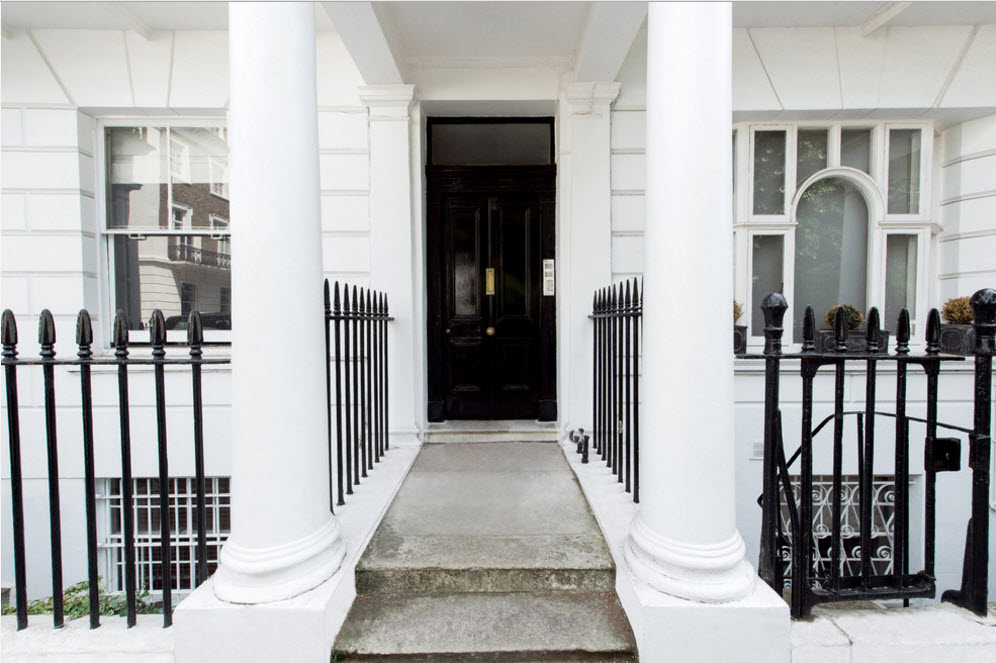 Porch of the pretty respectable house in the trendy area promises spacious premises behind the contrasting dark door of the white facade. But the hosts of reviewed house got only a small space of a few square meters. 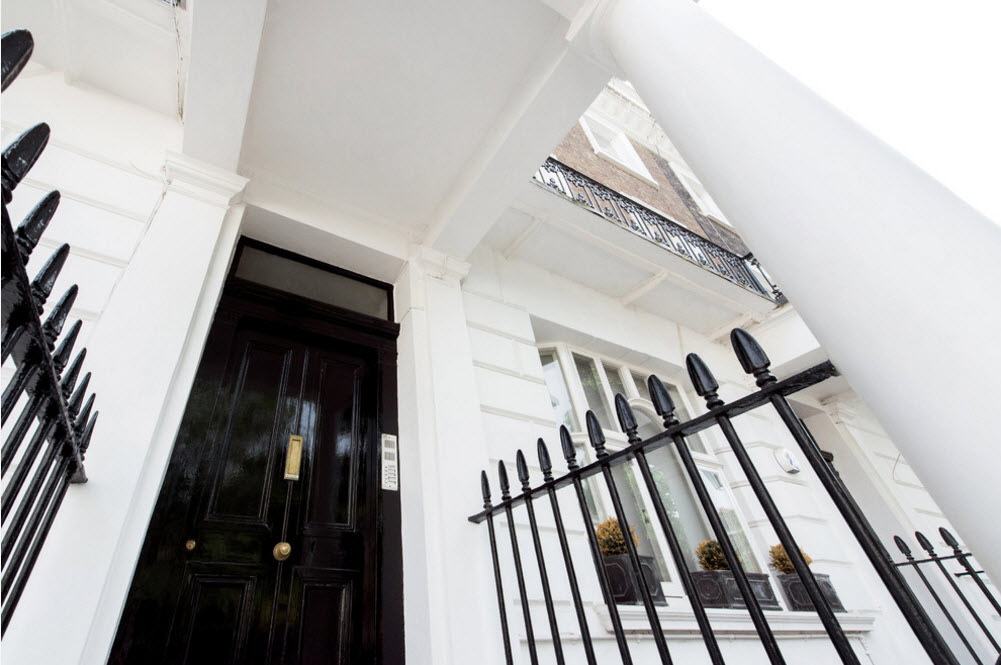 Getting into a small apartment, we find ourselves in the hallway, kitchen, living room, bedroom and boudoir at the same time. Only a small nook bathroom is a separate room. 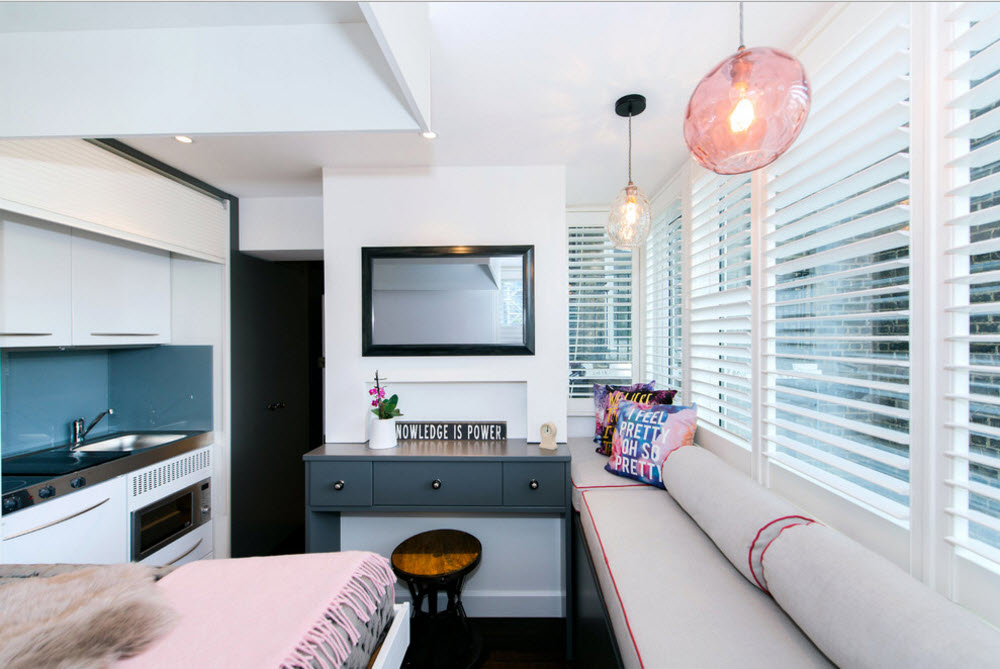 All the space small apartment executed in white and gray colors. Finishing in white tone allows you to visually expand the space and create an airy atmosphere. Dark-gray furniture and décor elements allow you to create accents, emphasizing the white space and clear lines of design structures. 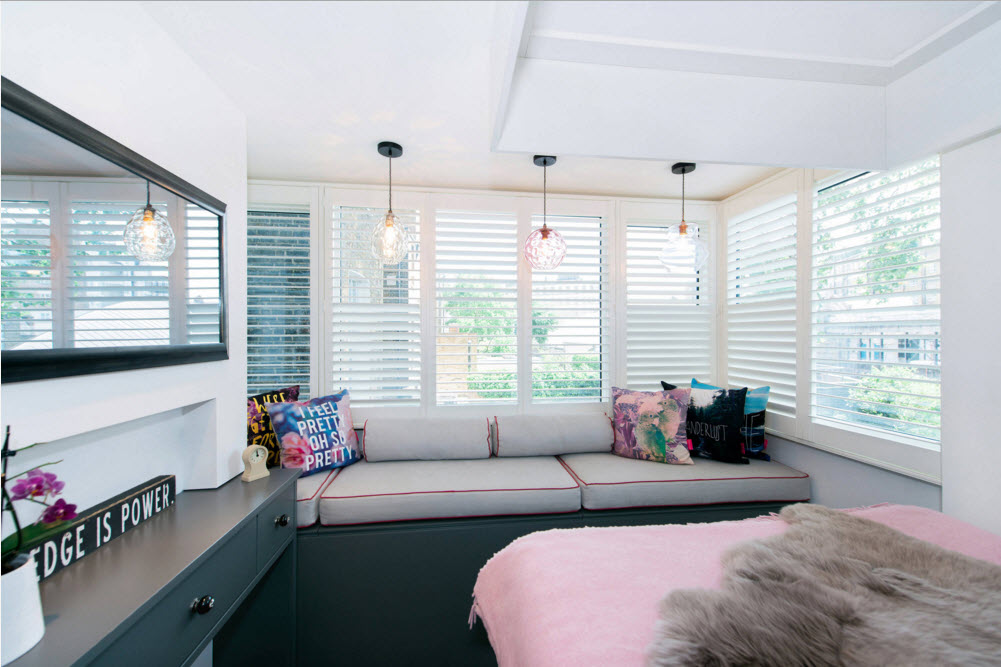 The sleeper is on a rise. The fact is the bed is provided with a lifting mechanism and when it is not in use, it can be raised to the ceiling, to free the space for the soft seating area. 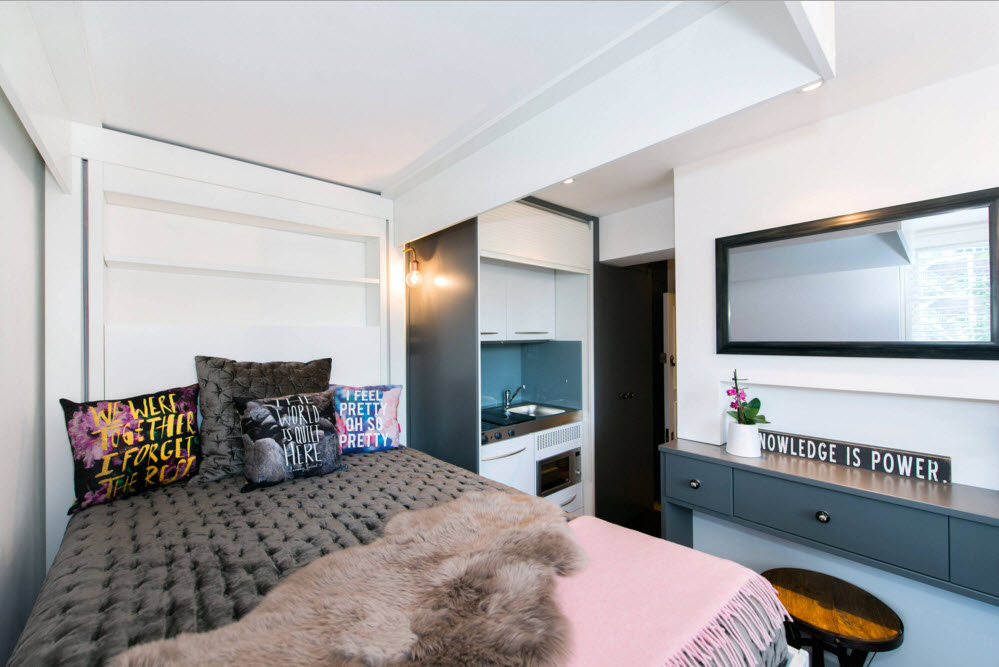 Textile design of bed by using nice-to-touch velvet fabric has allowed to bring small touches of comfort, relaxation and warmth into the interior space. Decorative pillows with bright print not only diversify the color palette of the bedroom area, but also bring a positive attitude to the image of the entire room. 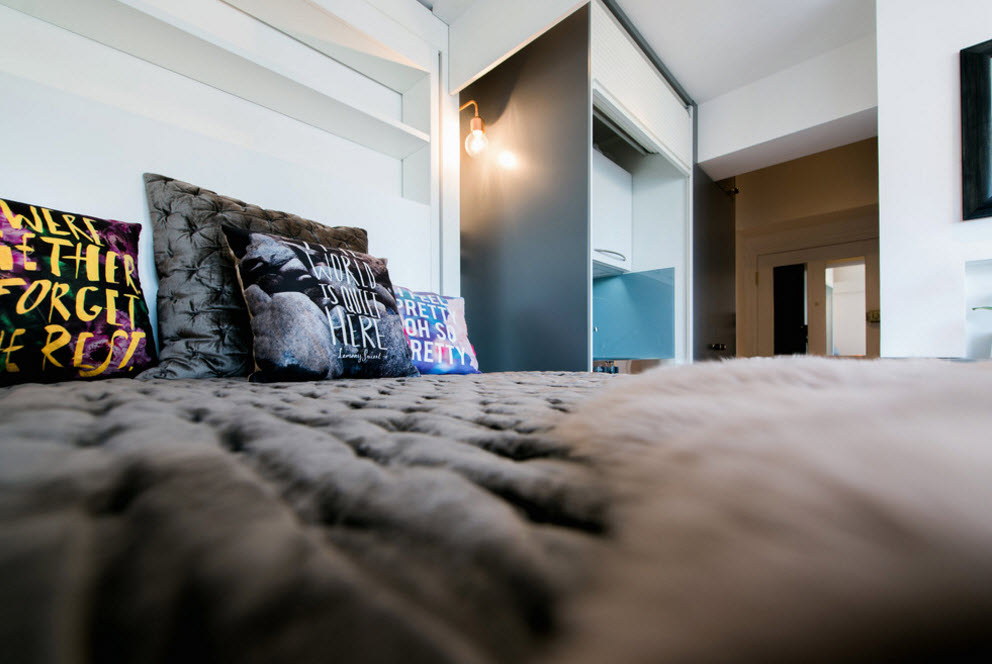 Sleep and rest area has an individual lighting system. In addition to the core set of lighting, there are mounted a small wall lights on the both sides from the bed to allow reading and the possibility of preparing for sleep. 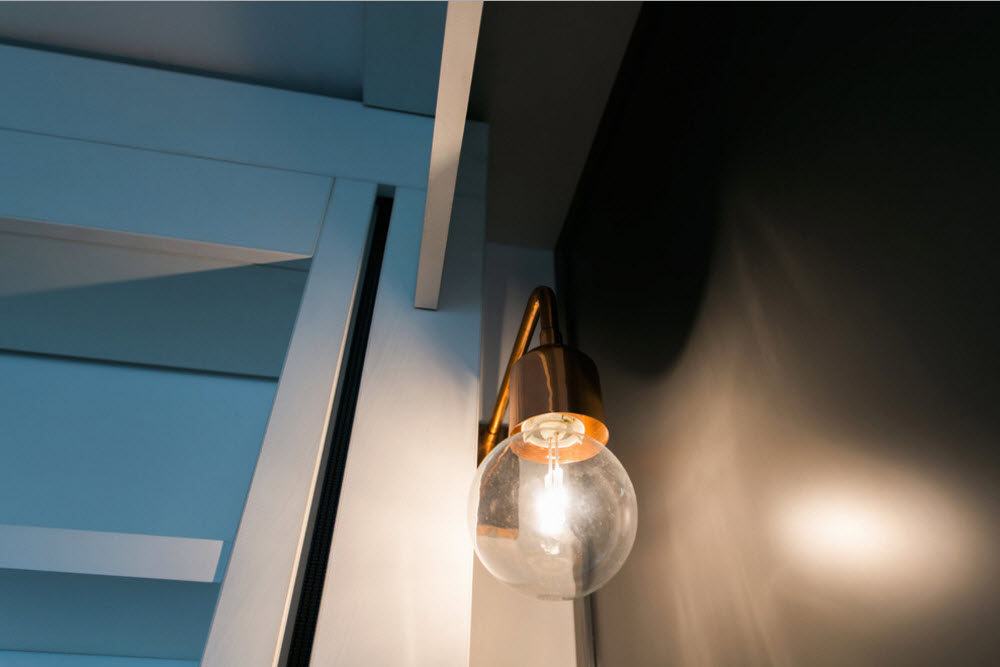 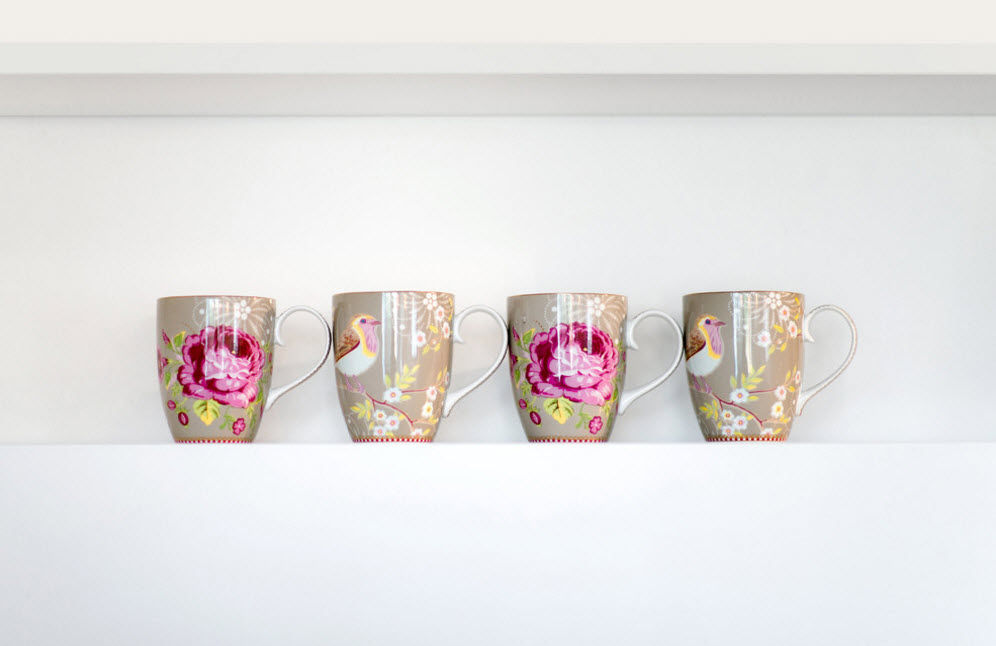 There is a seating area by the window in front of the sleeping area (which can also be the living room). Comfortable seating does not take up much space, but have several functions. It serves not only as seat directly, but also as storage systems. There are covers under the soft seats, which hides capacious boxes for storage. 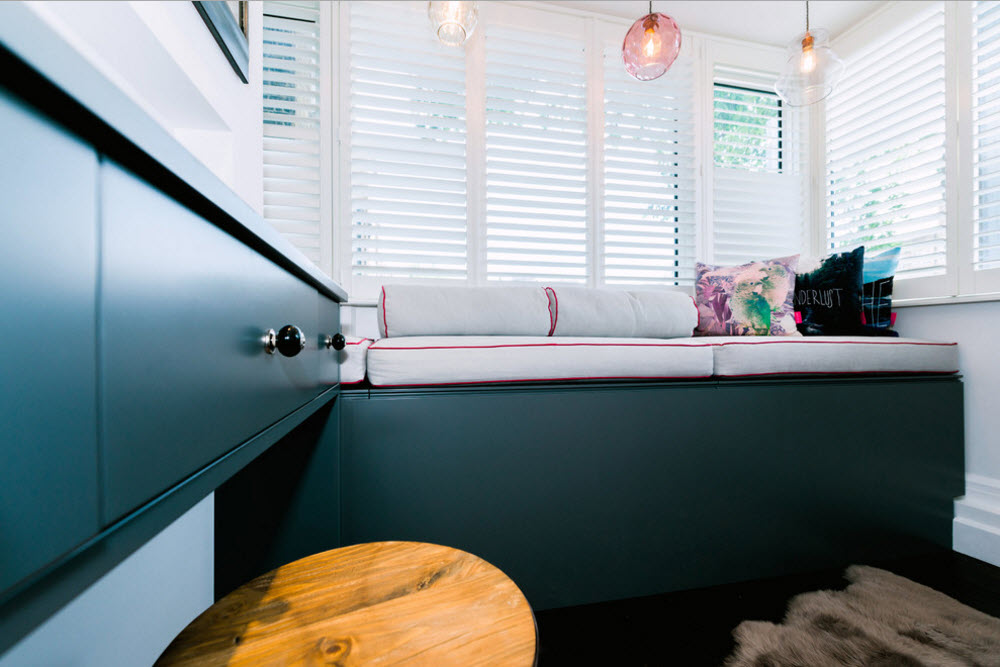 Comfortable cushions and colorful decorative pillows not only provide comfortable accommodation at the window, but also bring a decorative effect to the space, making it brighter and more interesting. 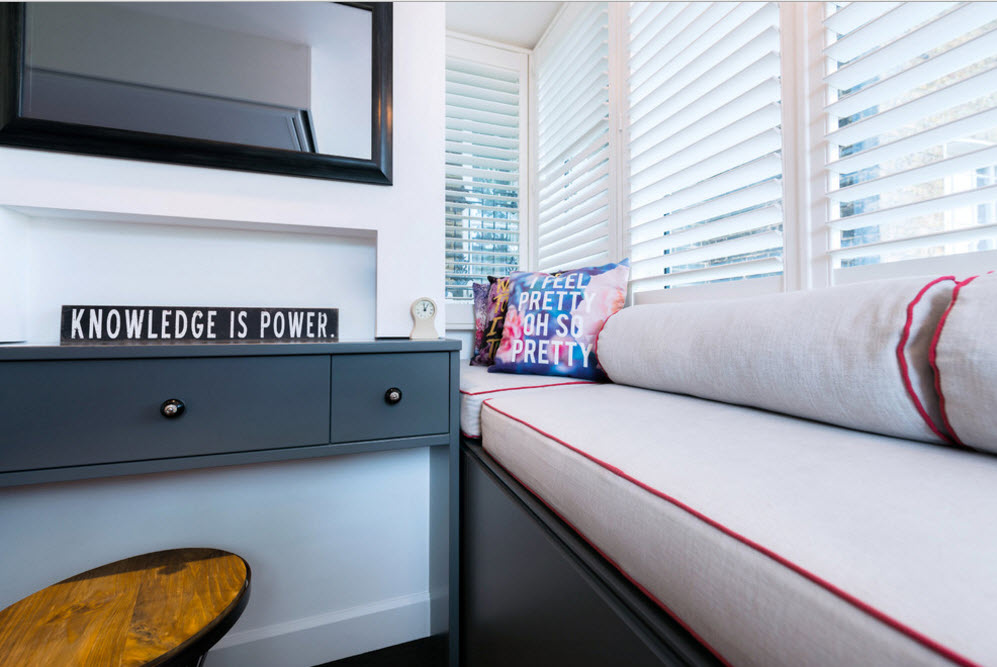 Thanks to several windows and a snow-white finish, the room has a fresh and easy way. However, lighting system is needed for night-time. Pendant luminaires with transparent glass cover not only provide the necessary level of illumination of the space, but also appear as decorative elements.

The wall, which is part of the bathroom design, has became a support for the dressing table with drawers and a mirror. This functional area requires very few of storage space of the tiny apartment. 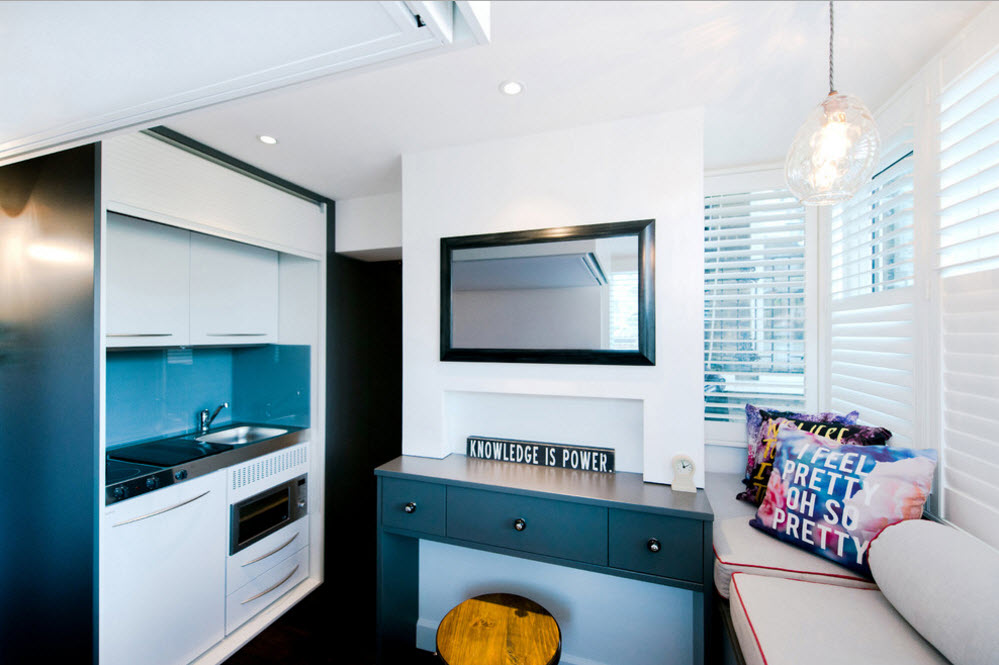 When the mechanism of the bed is raised to the ceiling, it frees room for the soft lounge seating area. A small bright crimson sofa of round shape and roomy poof of its tone have made organic alliance together. This little soft zone in conjunction with a window seat is able to accommodate several people. So you can receive visitors in a small apartment. 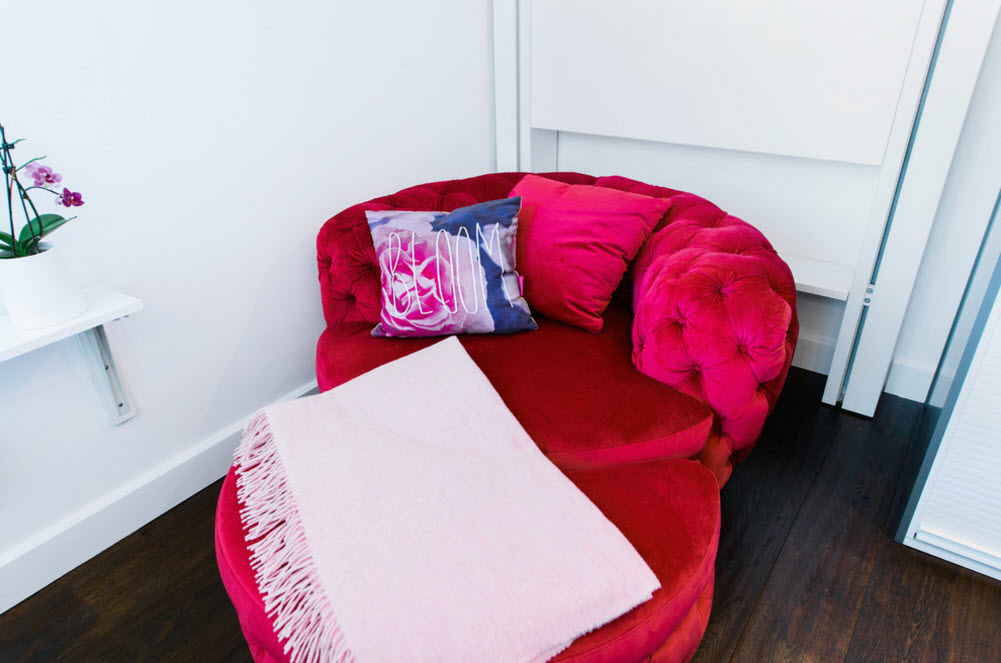 If we talk about a guest gathering in a small urban apartment, the small kitchen area can be hidden from the eyes of visitors with the help of roll-shutters. The white metal shutters close tightly built-in wardrobe, which appears as a whole set of kitchen items – from storage systems to household appliances. 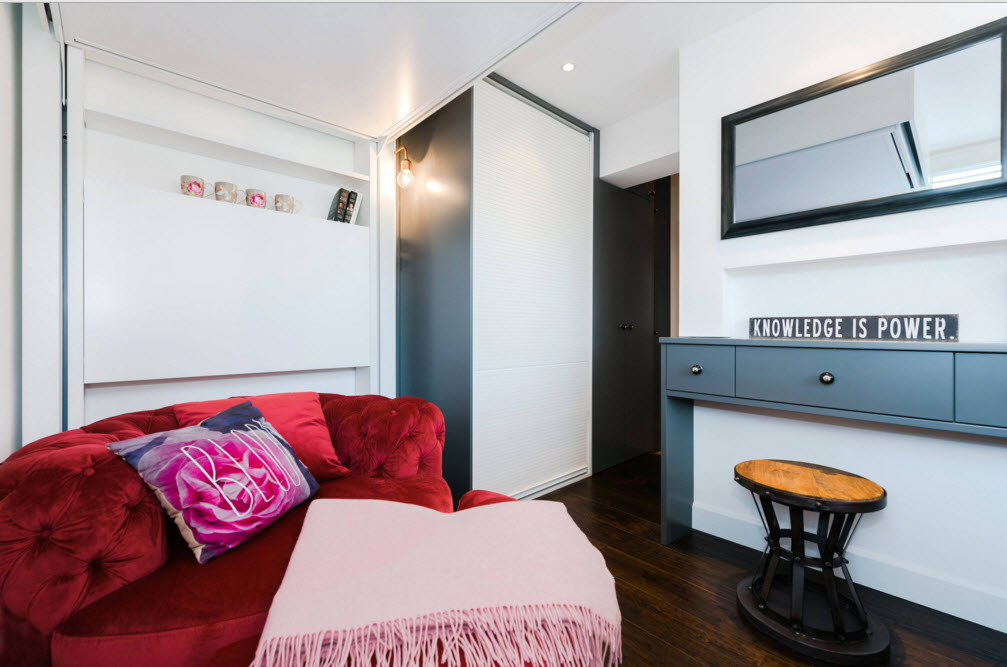 Kitchen segment is equipped in terms of ergonomics and usability, such a small kitchen set is only capable. Shallow storage system with white facades, oven, hob, cutting surface and a small sink made up the entire complex of the kitchen base for cooking and storage of necessary utensils and other appliances. 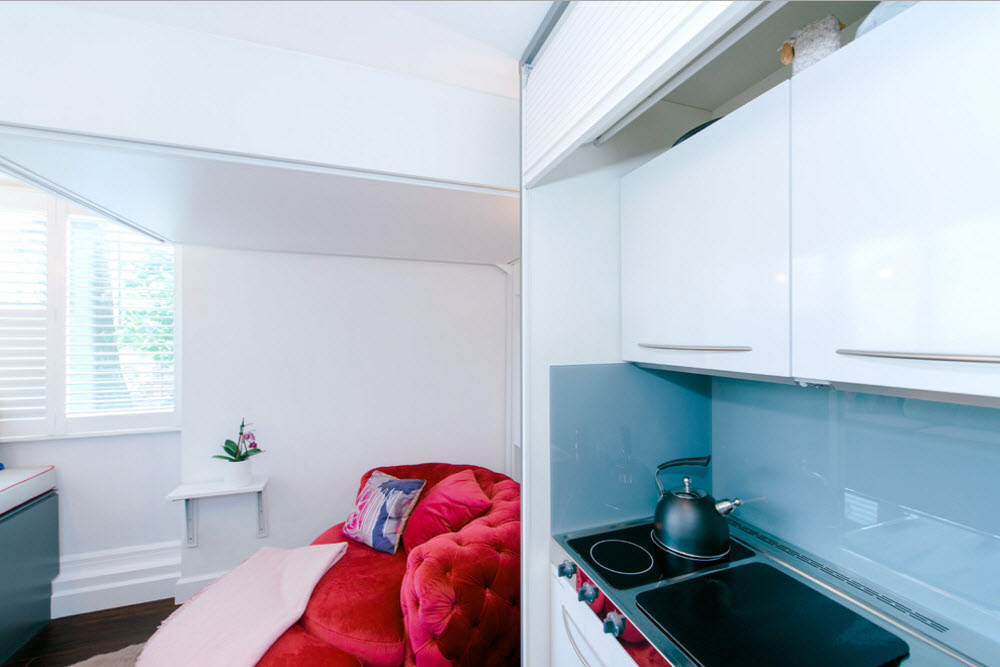 The designers even managed to observe one of the most important rules of ergonomics and safety in such a small space kitchen area, whereby the distance between the gas cooker or hob and sink should be at least 30-40 cm. 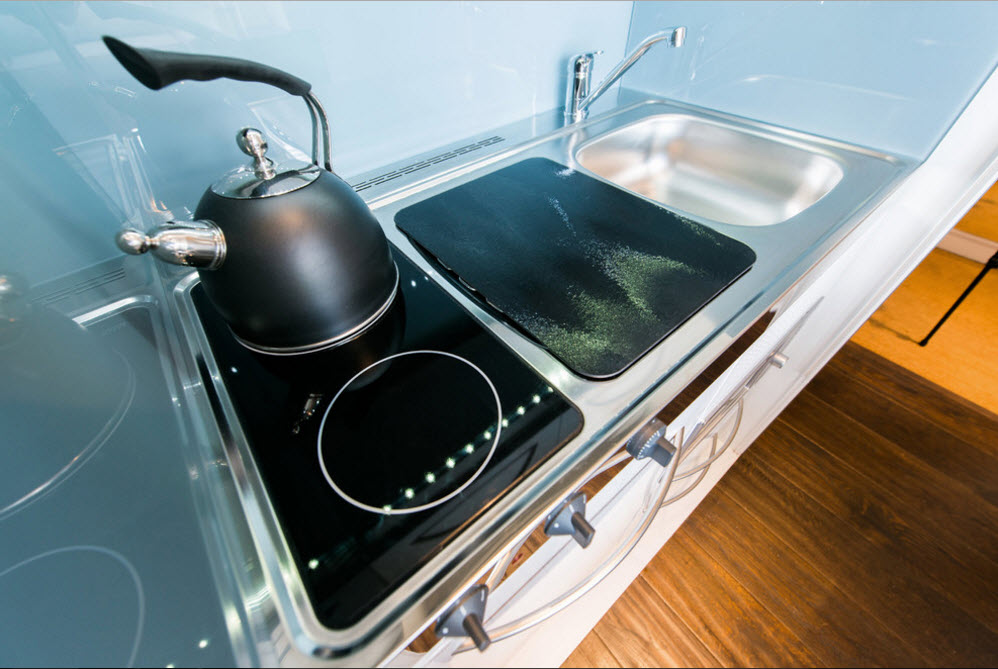 Splashback is made using plastic wall panels of pale blue color in a small cabinet. Such facing looks attractive, is unassuming and easy to care for. 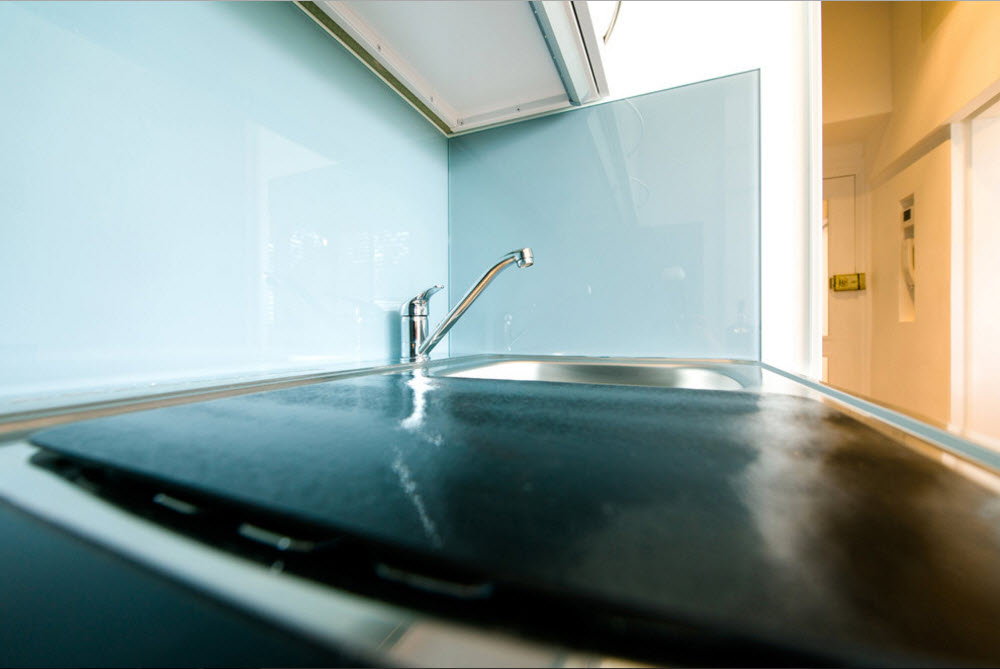 At the entrance to the apartment on the right side there are built-in storage systems, and a tiny bathroom on the left. The presence of windows and glass doors at the entrance to the utilitarian room and shower, has solved the issue of psychological state when you are in such a small space. 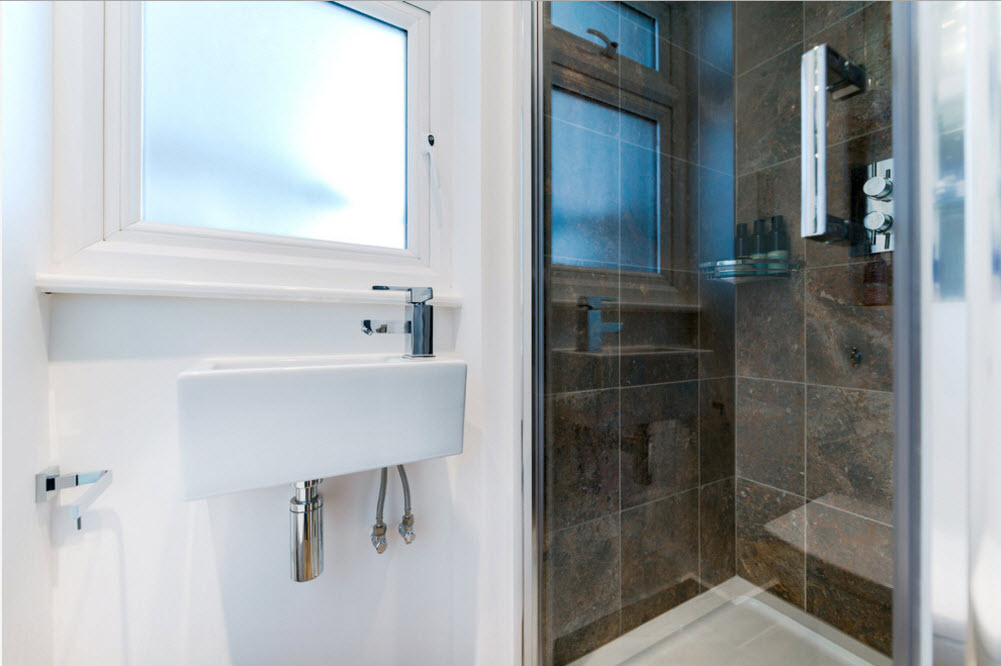 In the bathroom, despite the very modest size, it was possible to place all the necessary facilities for hygiene procedures – shower, toilet and sink. Due to the snow-white finish and the use of glass surfaces, utilitarian space looks larger than it actually is. 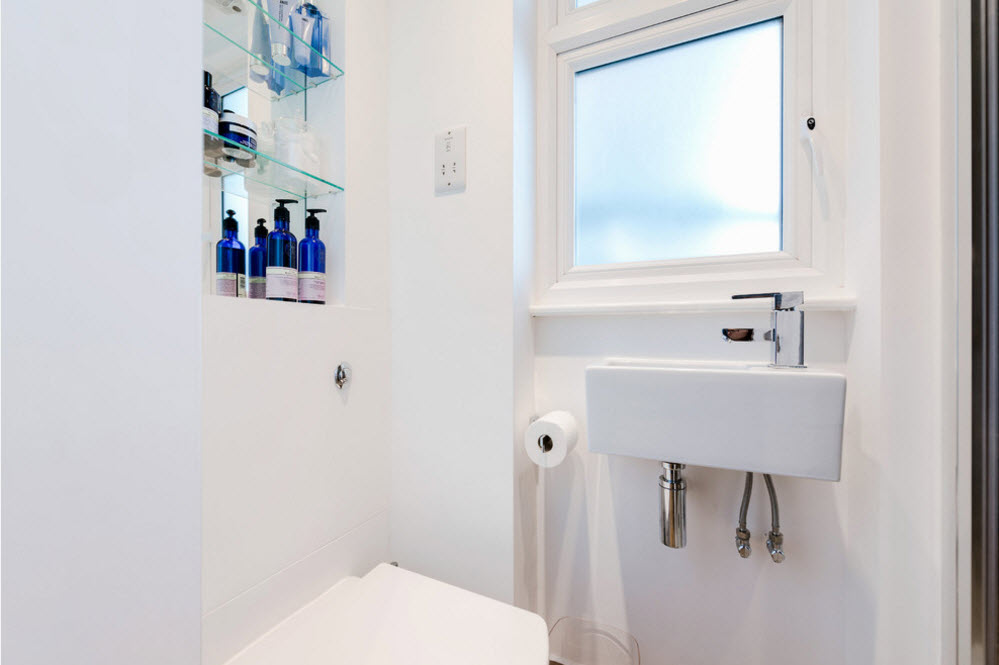 The presence of the window in the bathroom room has played an important role. It would be possible to lay the window opening and hang the storage with a mirror door over the sink, but then a small space had been deprived of a source of natural light. 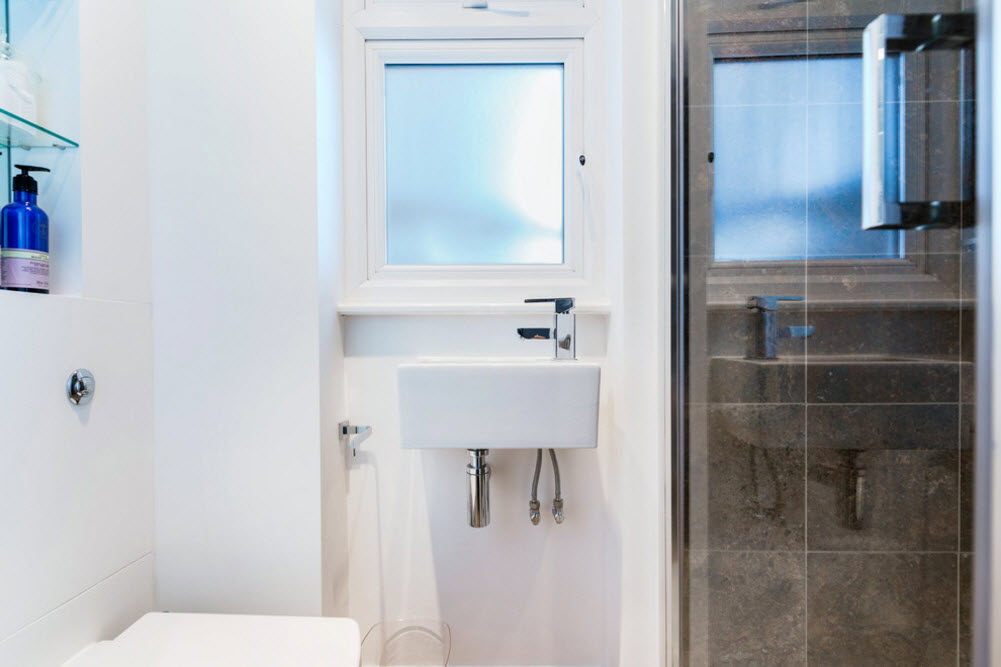 Console toilet with concealed tank behind the front bezel, built-in shallow shelves for storage, extremely narrow rectangular sink, ergonomic arrangement of the mixer, a modest-sized shower – everything in this small utilitarian space is organized for maximum practical use of square feet.

The market is full of housing arrangement of lighting models, plumbing fixtures, accessories and various other additional elements of the interior nowadays. They will not only look organically in the small rooms, but will also help you to save the various resources, making your home more attractive and saving space. 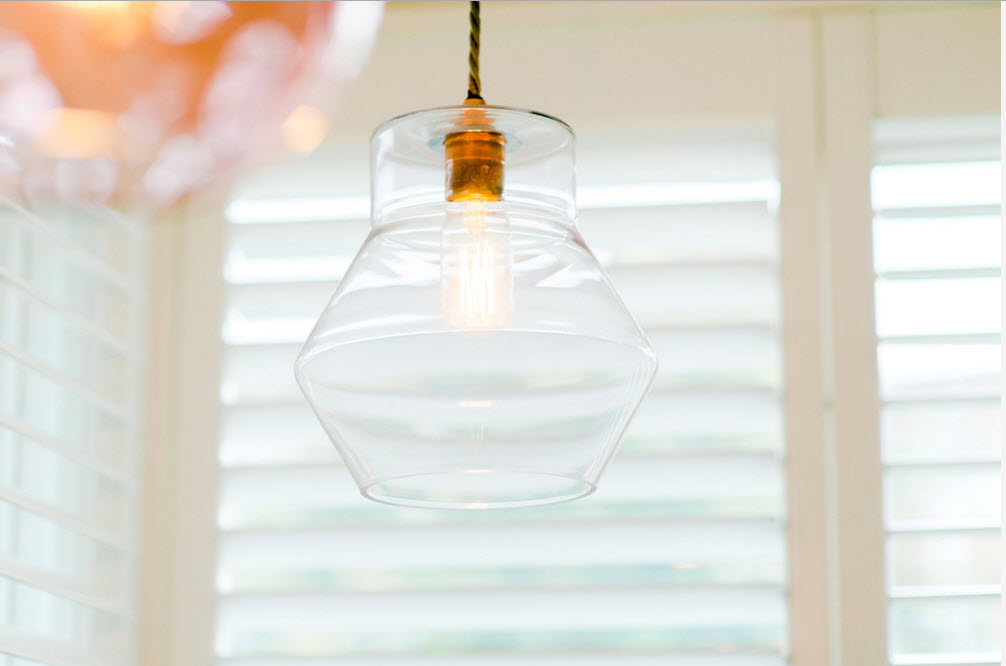 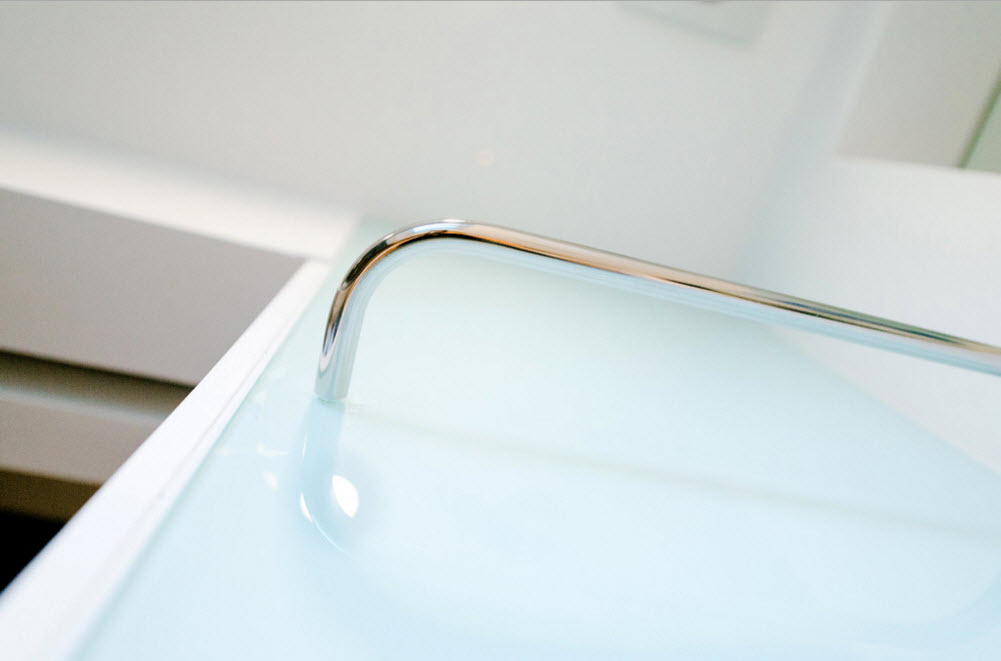 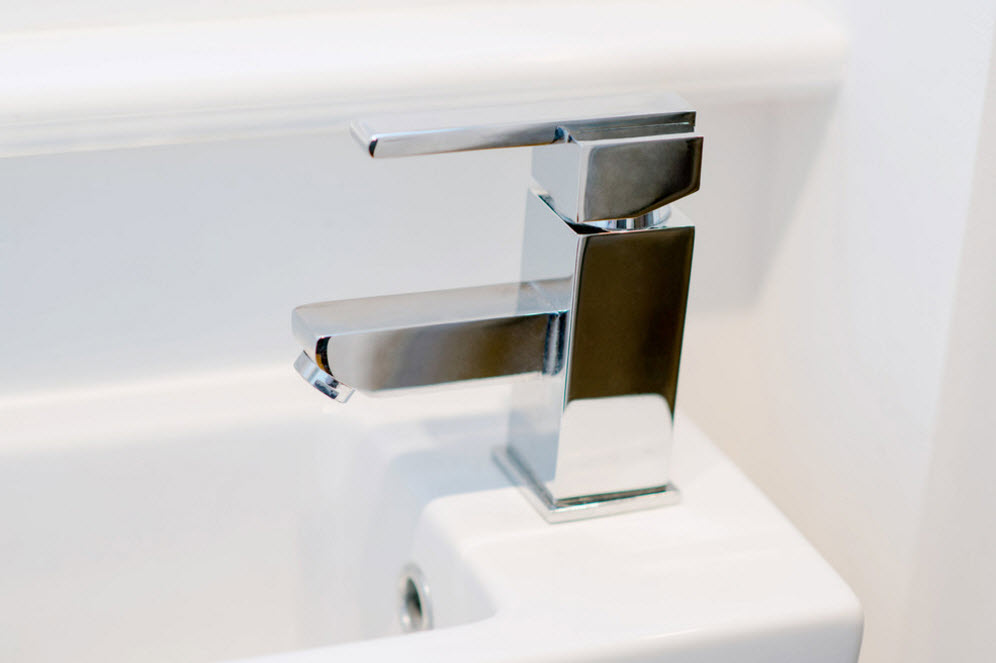 The kitchen is the heart of every home. Everybody wants this room to be functional and convenient for use, and most importantly, adapted to…