If you want to know a person closer, pay attention to his or her housing, whose style is formed in accordance with his worldview. Against the backdrop of any design, the Gothic interior design style is distinguished for its uniqueness, originality, and preference for dark tones, among which black is dominating, but also burgundy and purple are also in use. Less common are salad, pink and white colors, but they are added not in order to please the eye. Only the person who really likes the enchanting atmosphere of Gothic culture will want to rebuild the interior of his dwelling for it. It must necessarily have something unique and a little gloomy.

Gothic style can not be done in a small apartment or in a small country house, because to create this design you need the space of a suburb mansion or an elite apartment.

Although this style implies a large height of the room, it is still possible to use it when the place just has high ceilings. 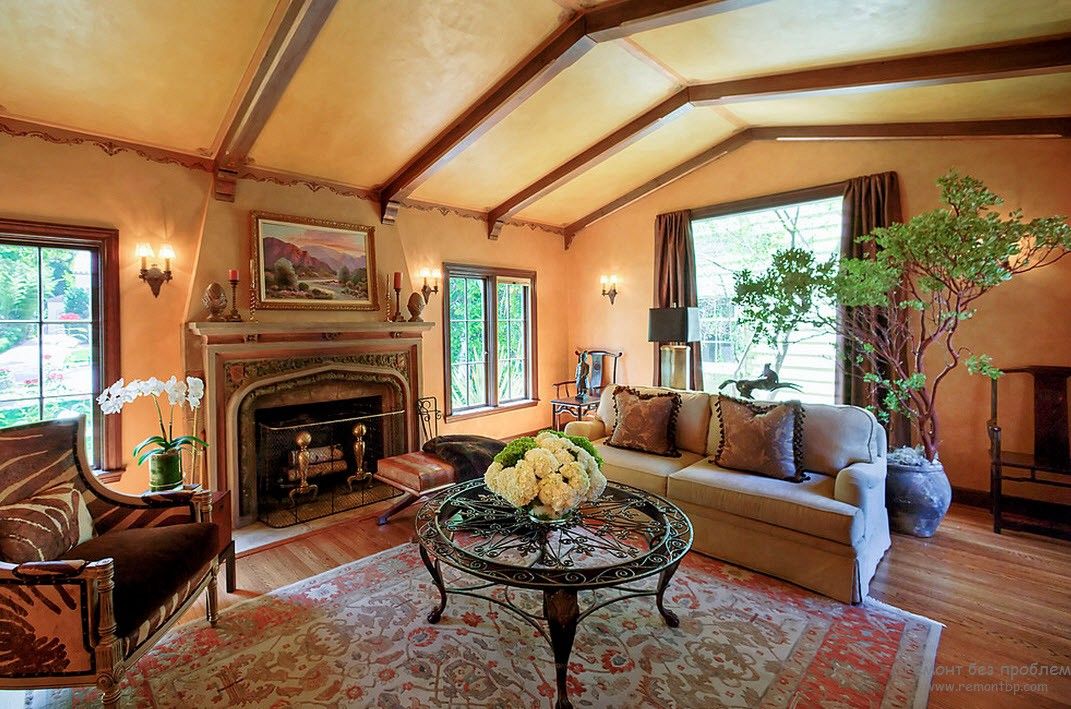 Materials that You need to Create a Style

The concept of “Gothic style” is relatively new, although it began to develop in the XII century. Therefore, materials that the Goths used in their time will be required for its creation. It is a tree and a rough-worked stone. Of course, very few people will apply the original materials. Because for this you need to make a castle in a medieval style, and this is not everyone’s need, but the use of such materials for finishing the room will help achieve the desired result.

Since the Gothic style has not lost its relevance, the lamps created in this style are great for creating a medieval atmosphere with their help. Because of a small demand, they are produced in relatively small amounts, often in single copies, so it is possible to create an original interior that emphasizes individuality. However, even if the luminaire is intended purely for the Gothic style, this does not mean that it is suitable for any design. In each case, an individual approach is required.

Attention is given not only to lighting but also to backlighting and lighting effects, which creates a special mystery inherent to the Gothic style. In addition, lighting in the Gothic style contributes to the creation of original, complete harmony and coziness of the interiors. 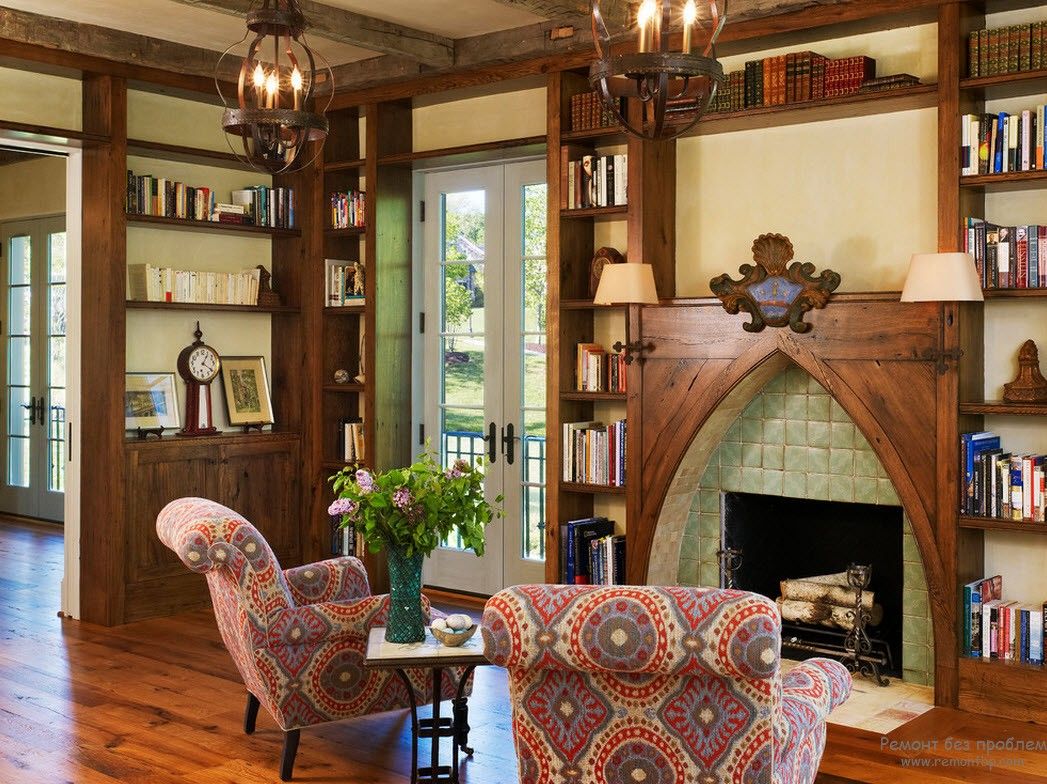 A distinctive feature of the Gothic style is the use of ascending windows and similar arches. Openwork turrets and ornaments can be used as the decor, the use of which is very characteristic of a kind of Gothic style, so it can not be confused with other styles. The atmosphere of the room is filled with greatness and grace. Windows can be decorated with ornaments or stained glass. Modern Gothic style tends to be similar to medieval castles, and since windows and arches are always drawing more attention, these elements play an important role in re-creating a style. The main thing to remember is that the task is not to alter the habitation into a medieval castle, or a temple, but to get as close to the medieval style as possible by making an elegant arrangement out of modern materials.

It is also important to pay attention to furniture to get a harmonious picture.

Gothic furniture includes cupboards with high legs, bicuspid cupboards with six panels, beds, and chairs with high backs. Only wooden furniture is acceptable and it must be decorated with carvings. In addition, massive furniture should be chosen. Such an interior turns out to be heavyweight, with a lot of exquisite details and is perceived as being rude. If there is a possibility, then not only the windows but also the doors need to be made in the Gothic style.

A distinctive feature of the Gothic style, regarding the ceiling, is the upward direction. Of course, it’s good to think about it when designing a building. But if the ceiling is not too high, then using the stucco which creates the effect of the vault, as well as a device with open framed rafters will help give it a “gothic” look.

Both sculptures of various mythical creatures, lions, draperies, paintings, and armor of a knight can serve as accessories.

Although the Gothic style is often perceived as “retro“, because you are immersed here in the old days, it is still a modern style. Since now you do not build monumental and majestic Gothic buildings. It only helps to create a sense of antiquity, and when the maximum effect is achieved, one can admire the result, as if we were transported to an ancient age. However, with all the desire to decorate the interior in the Gothic style, considering all canons is almost impossible because Gothic is a true style of castles. It requires a lot of space, which is not true for most of the apartments. Therefore, fans of Gothic have to use the techniques of style, in order to give the interior Gothic features.

Pros and Cons of Small Kitchens

Small kitchens are also known as kitchenettes or galley kitchens. If you don’t have enough space to build a large kitchen or you simply…