The Baroque style in architecture found its expression in the design of the interior decoration of the premises. Baroque architects did not carry out extensive redevelopment of buildings but transformed them with a whimsical design. Decorative baroque techniques radically change the content of the architectural image, flaunting deliberate splendor.

The baroque style was born in Italy in the 17th century and had filled housing of affluent Italians with unprecedented luxury, elegance, and intricacy. 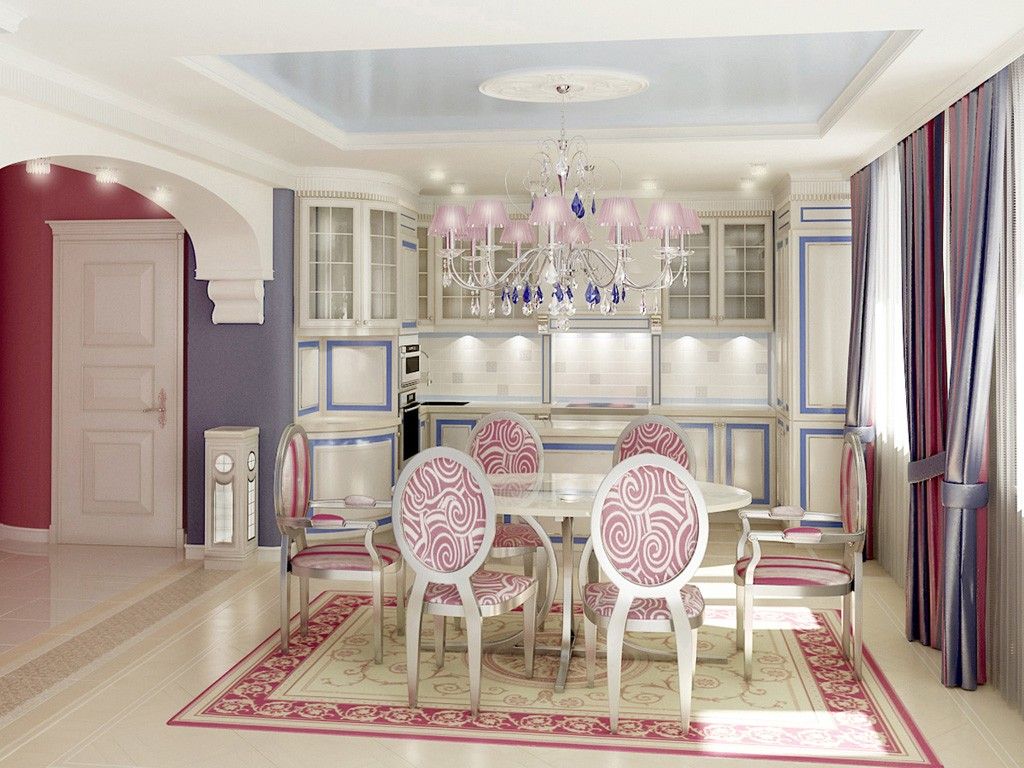 “Barocco” translates from the Italian as “pretentiousness”. This word can convey the complexity of the demonstrativeness and pomp of this style. Today the Baroque interior design of apartment, house, interior, or office aims to emphasize the high status and wealth of the owners.

It is remarkable! Under the influence of the European baroque style Russian baroque has appeared. This style trend was popular in the architecture of the late 17th – early 18th centuries. It is often called “Naryshkin”, as some churches were built in this style being commissioned by the famous Naryshkin family.

The popes hired the best architects, artists, interior designers to build countless churches and palaces, which changed the face of the city, making Rome visually richer and more luxurious. This style was quickly taken up throughout Europe. Following the exterior, the interior decoration of wealthy citizens also changed. Great artists of their time were engaged in the development of a new style of furniture and decor, trying to outdo each other and themselves. Let’s see what they did.

The Characteristic Features of Baroque Style 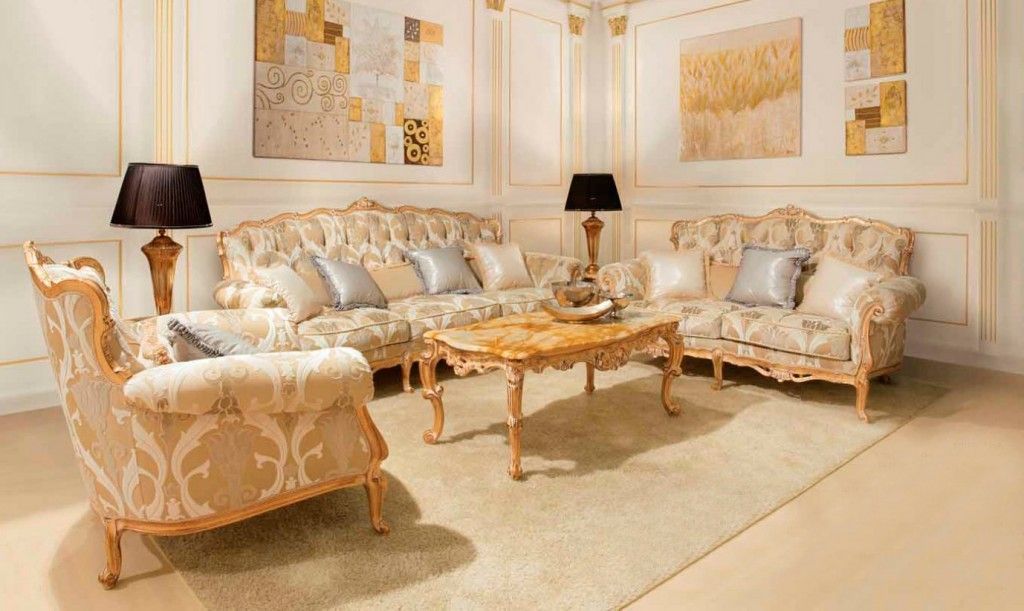 Baroque furniture must necessarily have a presentable and expensive look. It is characterized: 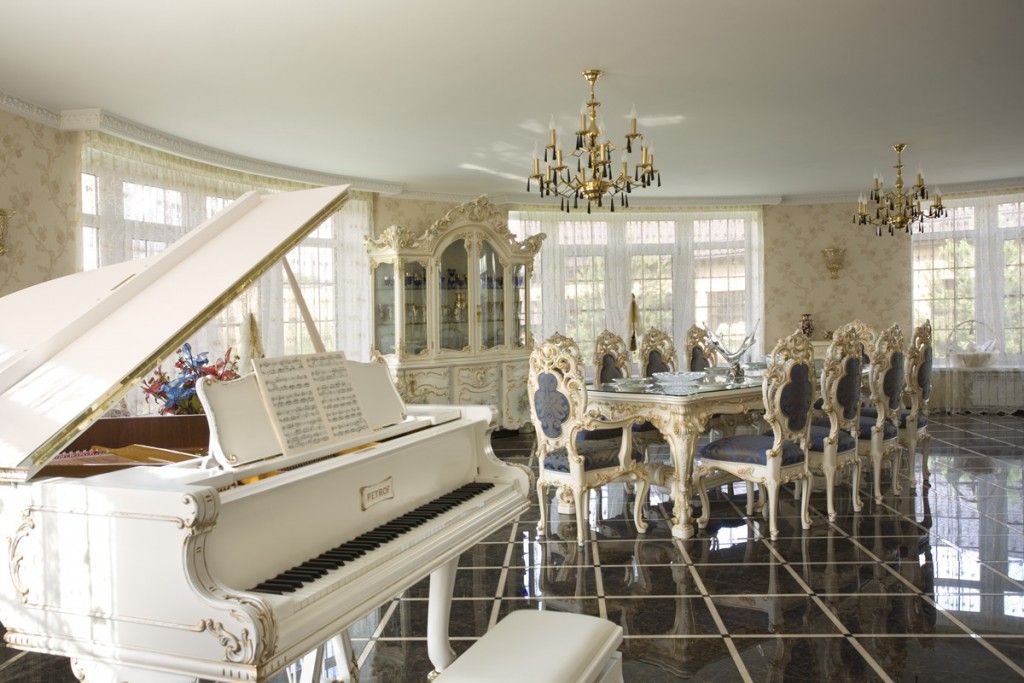 Tables and countertops in this style are often decorated with mosaics, and the back seats of armchairs are folded back. Baroque is characterized by such furniture as ottoman chairs, cupboards, chests of drawers, and double closets.

The color of the baroque style furniture is often the same as the color of walls but can be contrasting. For example, furniture, upholstered with burgundy cloth looks nicely, against light beige walls and gilded elements.

It should be noted at once that the Baroque style is appropriate for spacious rooms design: otherwise, massive furniture will visually narrow little room.

In order to make the interior of the room recognizable, you can use materials such as crystal, natural stone, precious wood, marble, and gilt as a must. 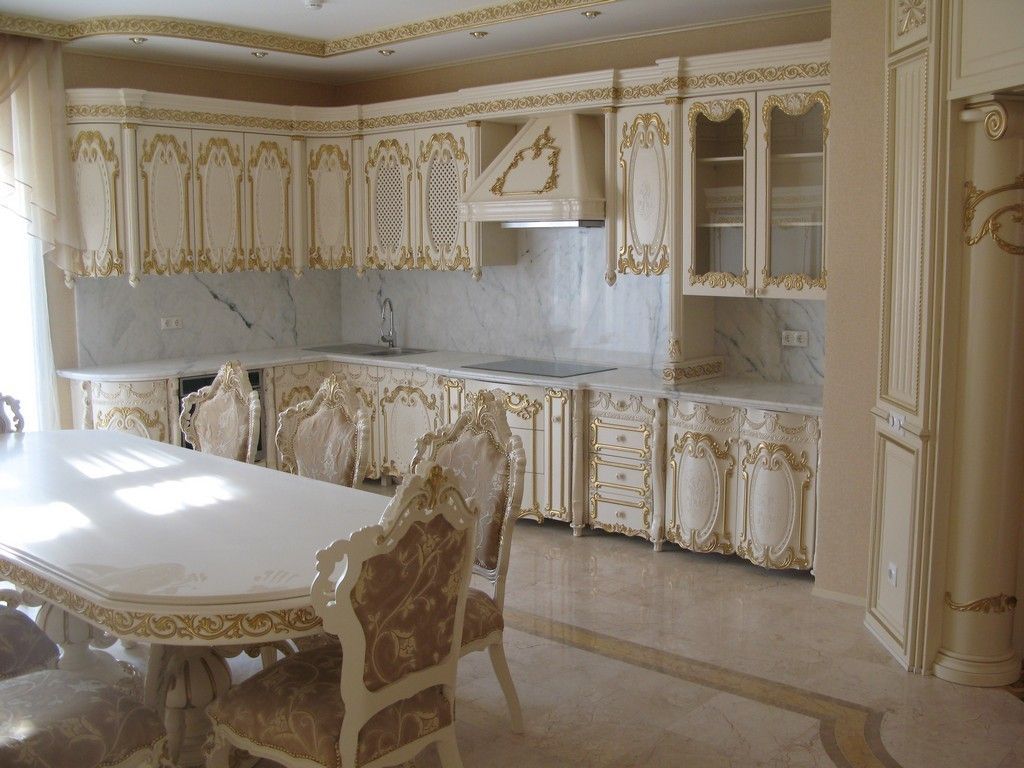 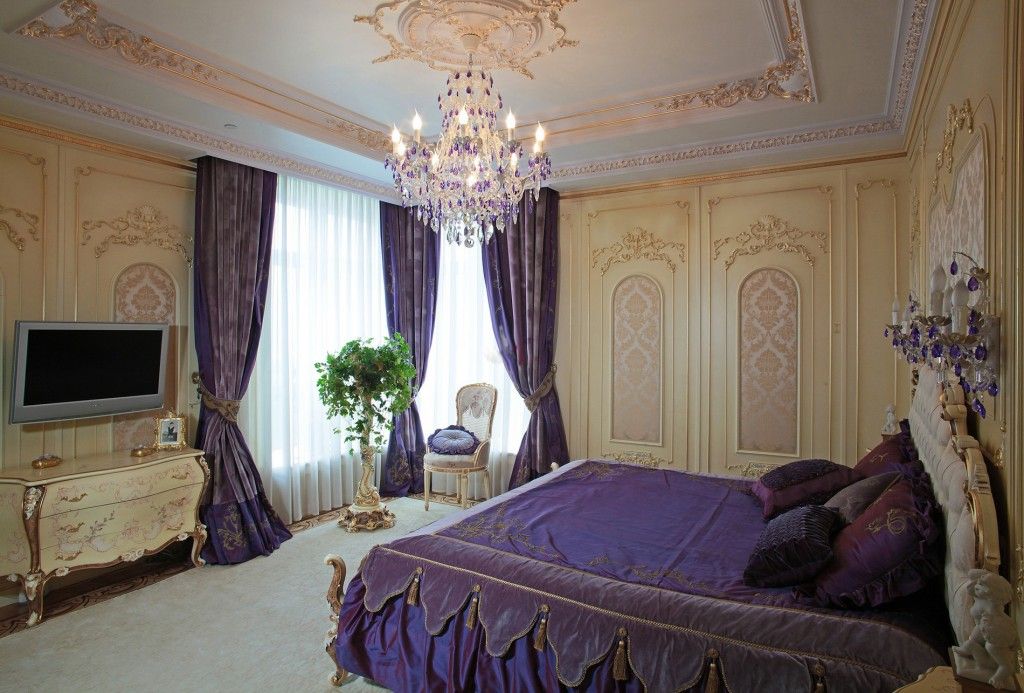 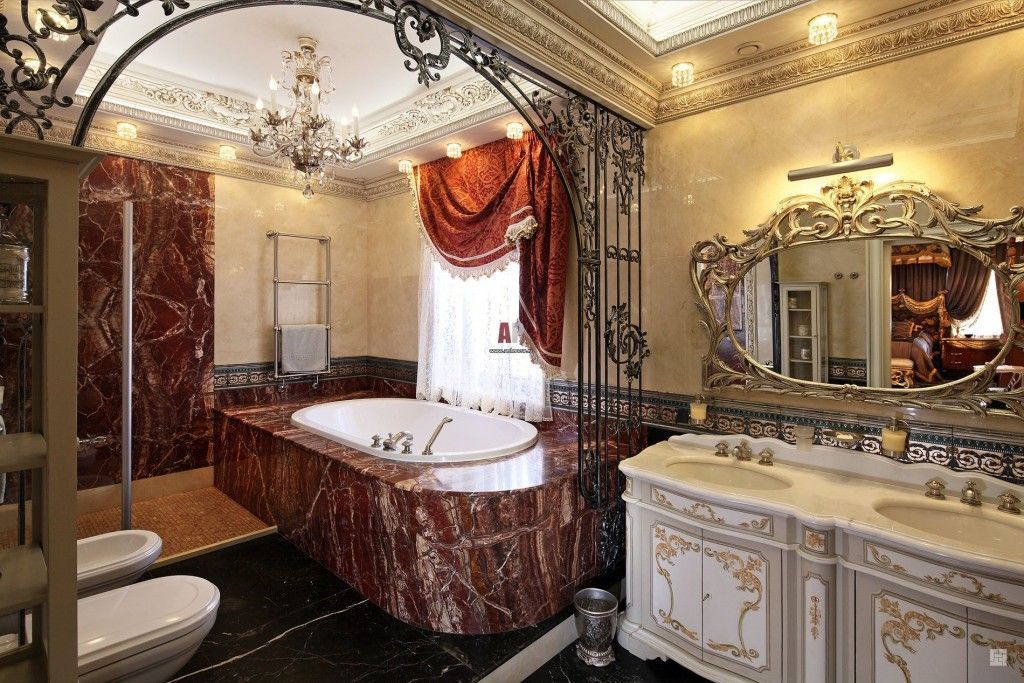 Decorating the Walls, Ceiling, and Floor in the Baroque

In the process of space design in the Baroque style, you shouldn`t miss any detail: for example, you may focus on the decorative design of the ceiling, walls, floor covering material. 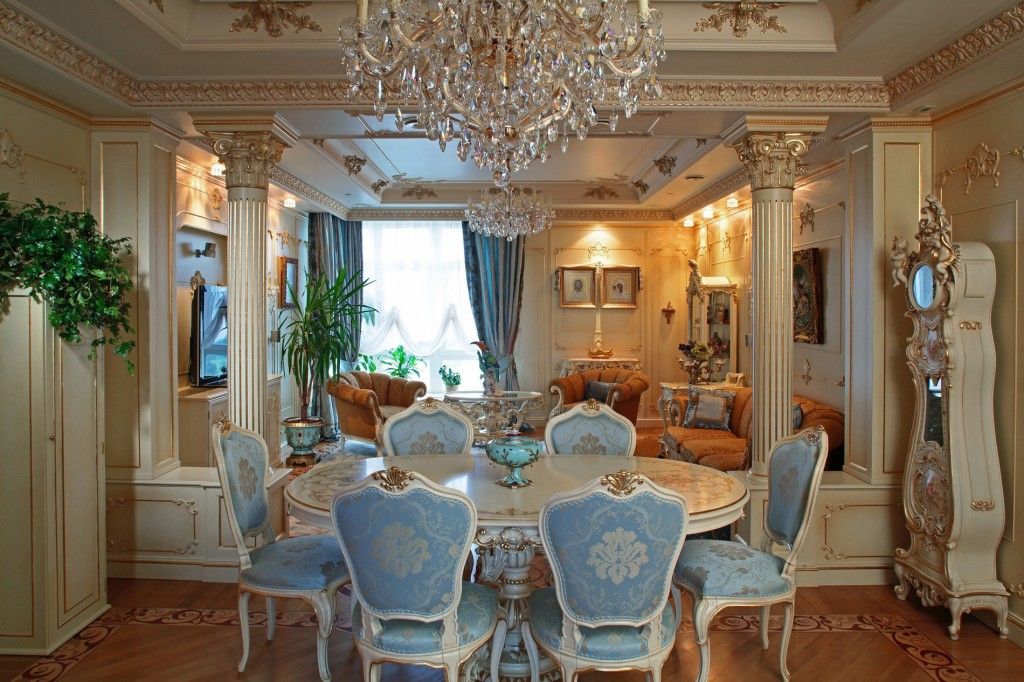 The ceiling of the Baroque is often a looks like a mural (painting), framed by moldings. The white ceiling is allowed, but again in a decorative frame. The modern building materials market allows you to choose the appropriate option of the finished ceiling decorations. 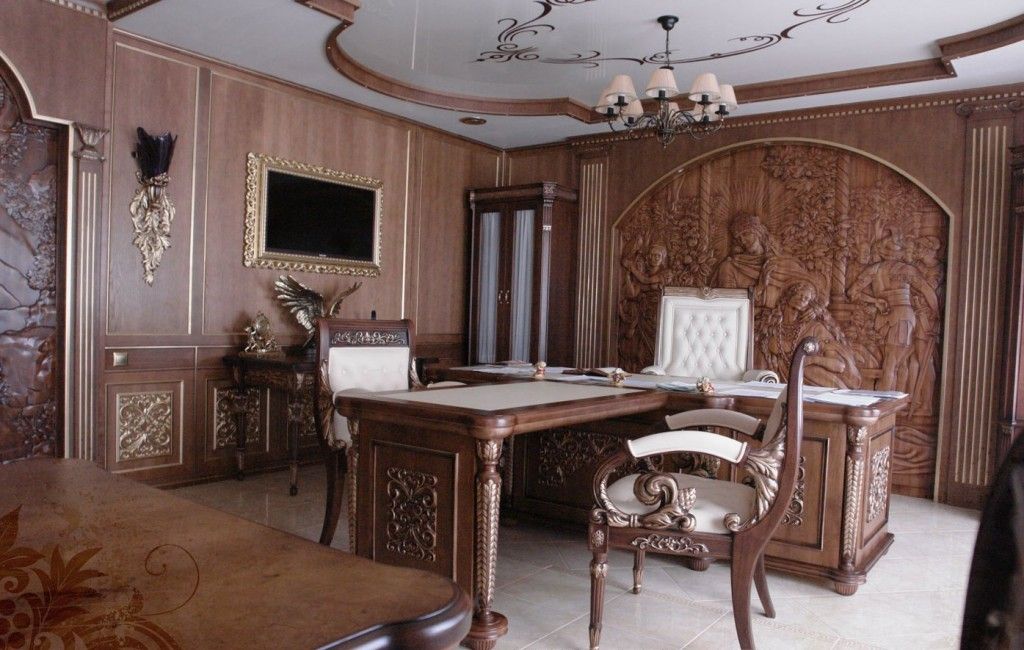 The walls of the Baroque do not accept flatness: each part of the wall should bear a certain meaning. You can use the pictures and mirrors in a beautiful frame, half-columns. The fireplace (or its imitation) would be a good solution as well. 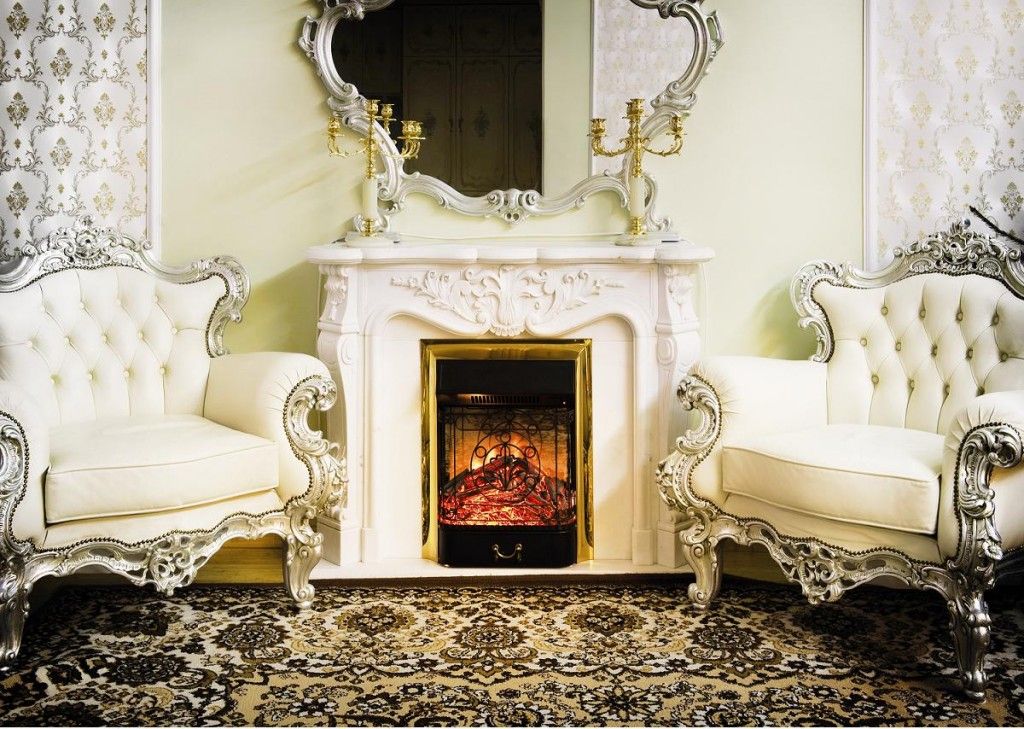 Floor styled for Baroque can be marble or granite. The area which is directly under the chandelier is advisable to emphasize: you can use the inlay or carpets.

Baroque is intended to emphasize the richness and elegance of the interior environment. And due to the solemnity and grandeur, which it brings to the interior, the Baroque is always popular in the design of restaurants, hotels, and shops. 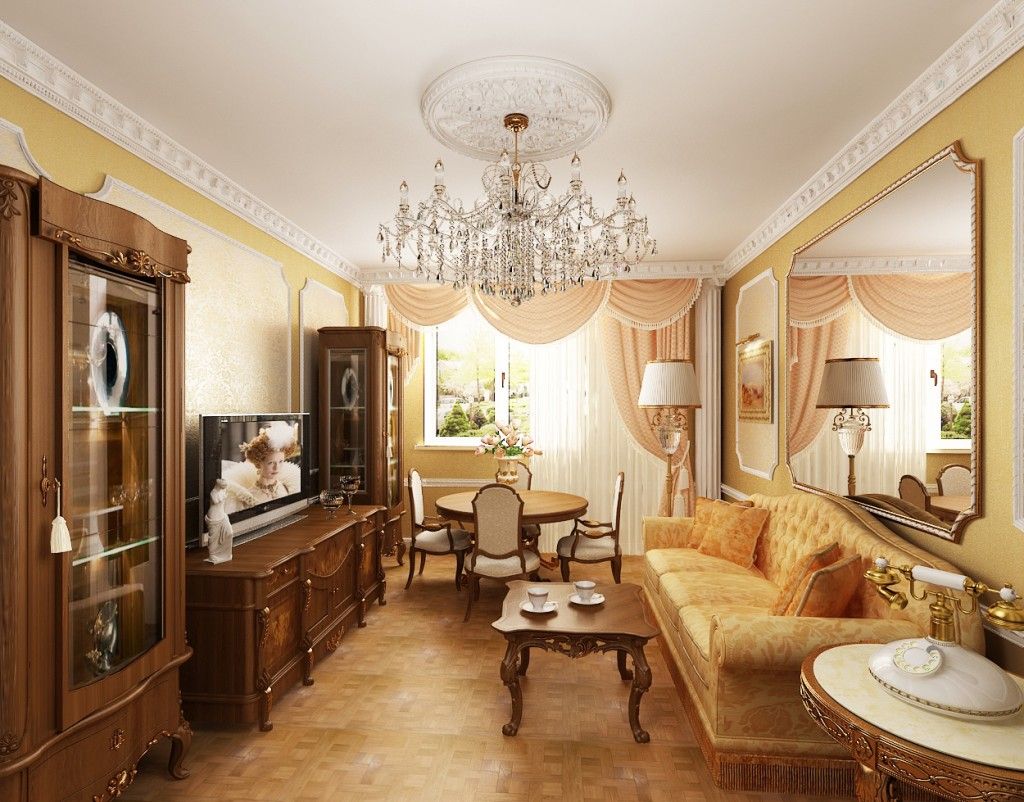 Baroque vs Rococo. What’s the Difference?

We’ll try to keep it short as it was with the previous material and won’t dig deep into subtle differences between these two related and outwardly similar styles. However, the distinction between Rococo and Baroque is quite obvious. Let’s refer to the very terms:

So, comparing these two European Classic post-Renaissance styles we can distinguish some most prominent differences:

Mezzanine in the House: Difference from Loft, Construction Advice

The mezzanine is often confused with the attic, but structurally these are different elements of the building. The attic is a furnished loft in…