The remarkable history of Greece, especially its Ancient period, its cultural wealth expressed in art, architecture, still does not leave indifferent millions of its admirers. Greek style in architecture, interior design has become an object to follow for many people. Since the main feature of the Greek style is the absence of any elements of luxury, the simplicity of the finish, which has an almost ascetic appearance. Therefore, it is quite natural that practical and economical people are admirers of this style. The Greek interior design style perfectly combines elements of antiquity and modernity. It is characterized by cold colors, the presence of ceramic tiles and marble.

The history of any culture is inextricably linked with the stages of development of its state, and often the neighboring one. It is believed that the Greek style originated in the period of the VIII-VI centuries BC.

The history of the development of the Greek style has several periods. The early periods of the history of style development are characterized by a mythological orientation, in which the main place was given to the ancient mythological gods who symbolized the power and flourishing of the Greek Empire. At a very early stage (VIII-VI centuries BC), the formation of basic principles took place. A gradual change in the principles and elements introduced from Egypt and Asia began in the period from the VI century to 470 years BC, in accordance with the religious beliefs of the people of Greece, its spirit, and form. In the period from V century BC to 338 years, BC cardinal changes are taking place in the Greek style. Gradually, the style becomes nobler, more harmonious. Elements of luxury appeared in materials, forms, decorations. For the next period (IV century BC – 180 BC) the history of the Greek style is characterized by the influence of the East. More magnificent and spectacular constructions appeared. In the last period, after Greece was ruled by the Roman Empire, the Greek style merged with Roman art. But all the same, it retained its main features – simplicity and practicality, while the Roman style was inherent in luxury and pomp. 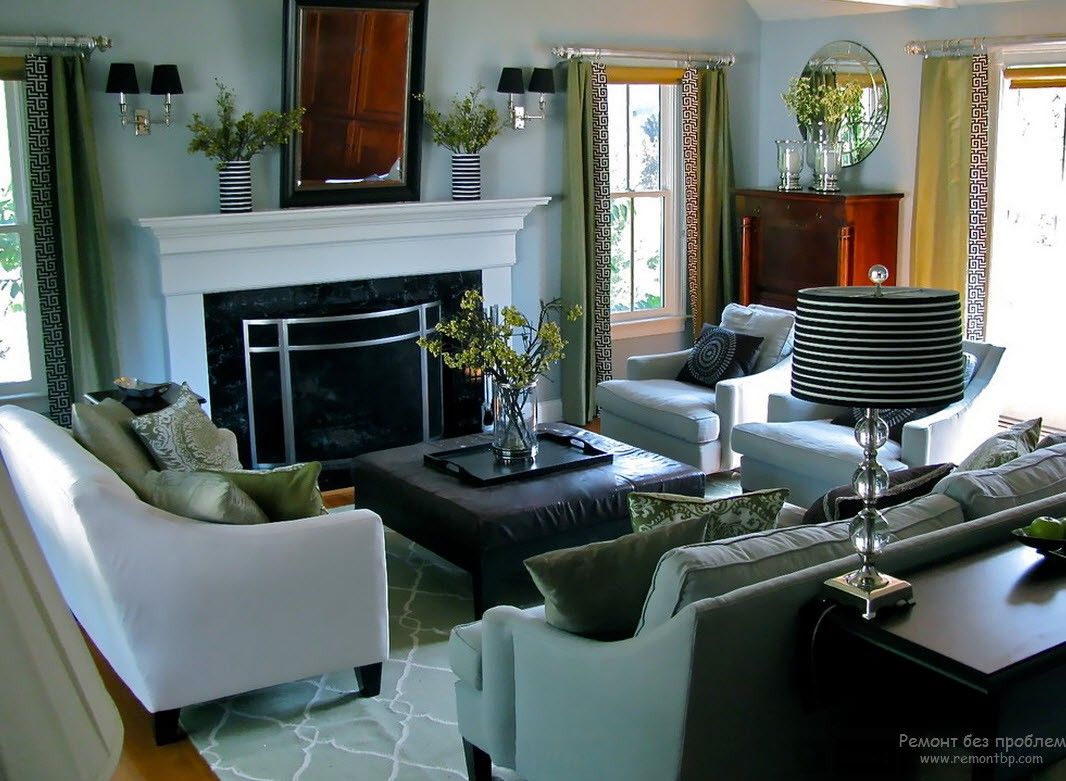 Greek Interior Style is Characterized by:

Ceilings should be high, give the feeling of freedom, space in the room, and attract the eye upwards. To emphasize the greatness of everything in the room, the ceiling is supported by monumental columns with stucco. 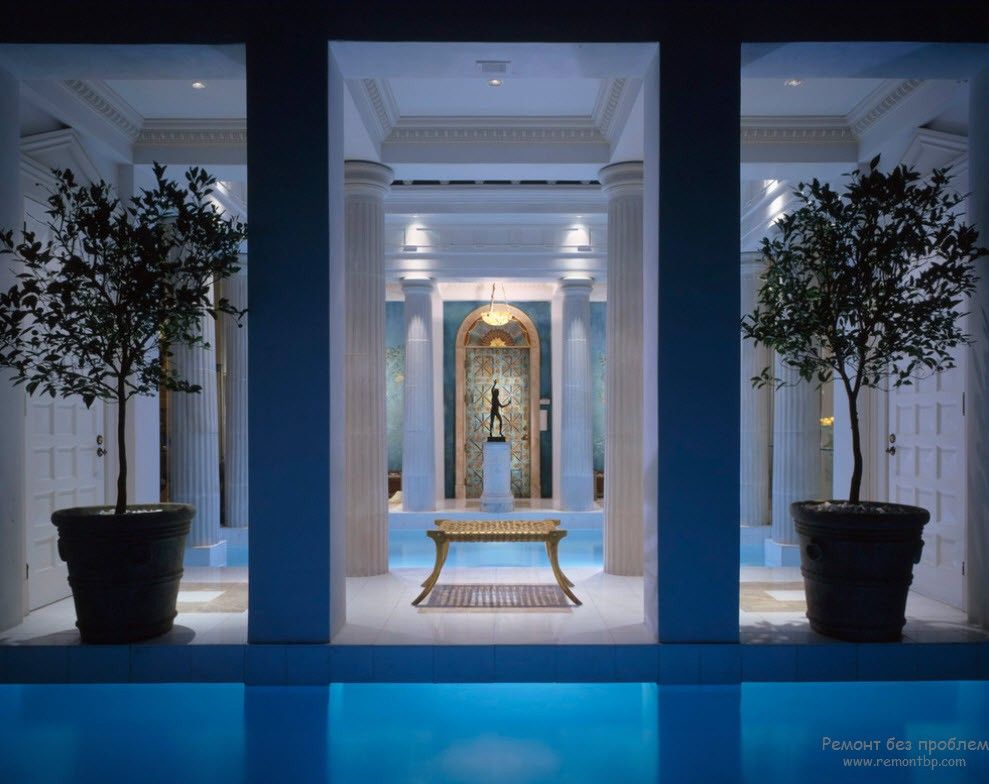 Sometimes meander patterns are applied to the ceiling. 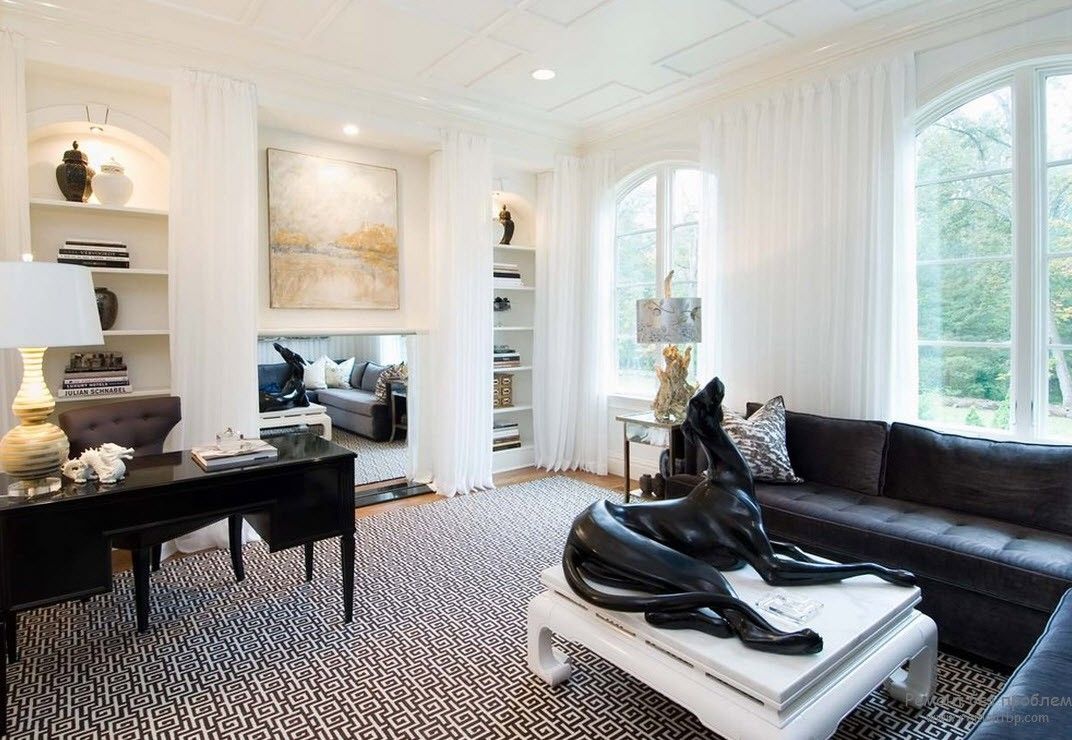 Often the ceiling is framed with plinths of artistic stucco. 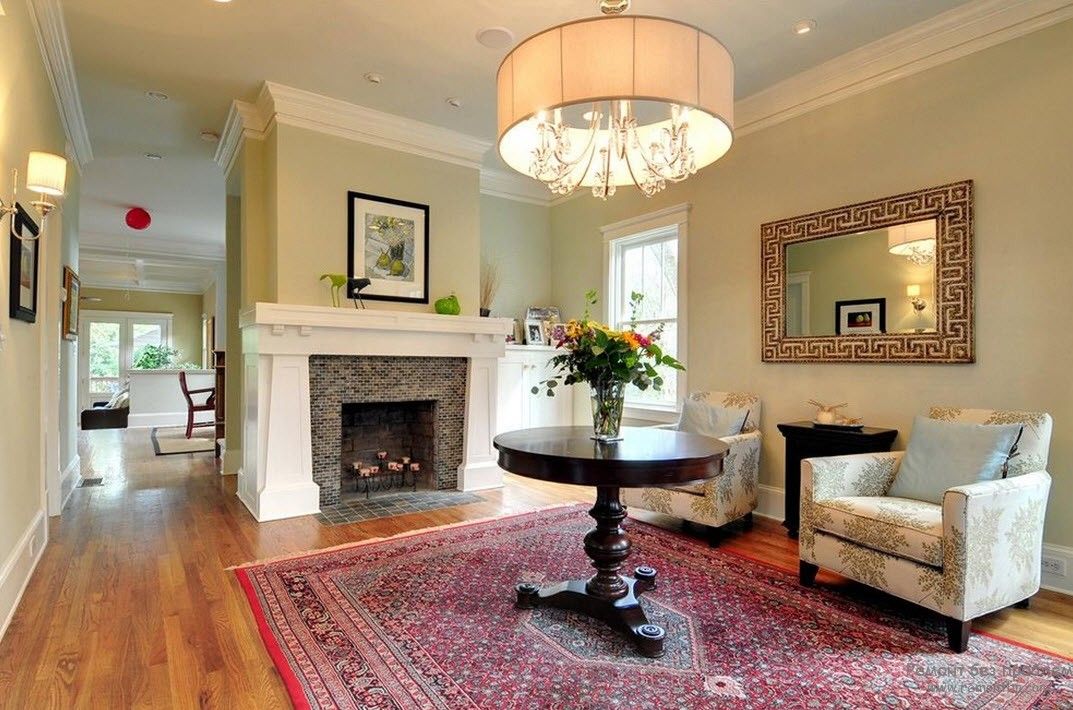 If possible, a window in the form of a square is mounted in the ceiling. It improves the room illumination greatly. 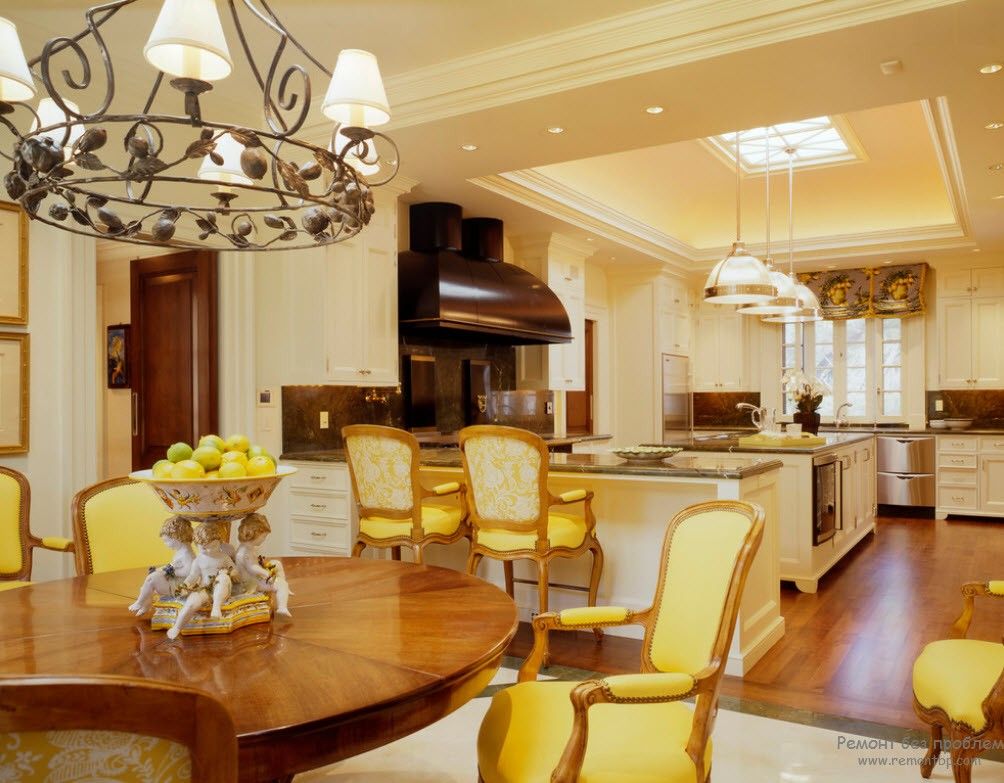 The heart of the ceiling is usually a massive chandelier hanging on gold-plated chains. And small lamps located around the perimeter of the ceiling will favorably distinguish the ceiling plinth. 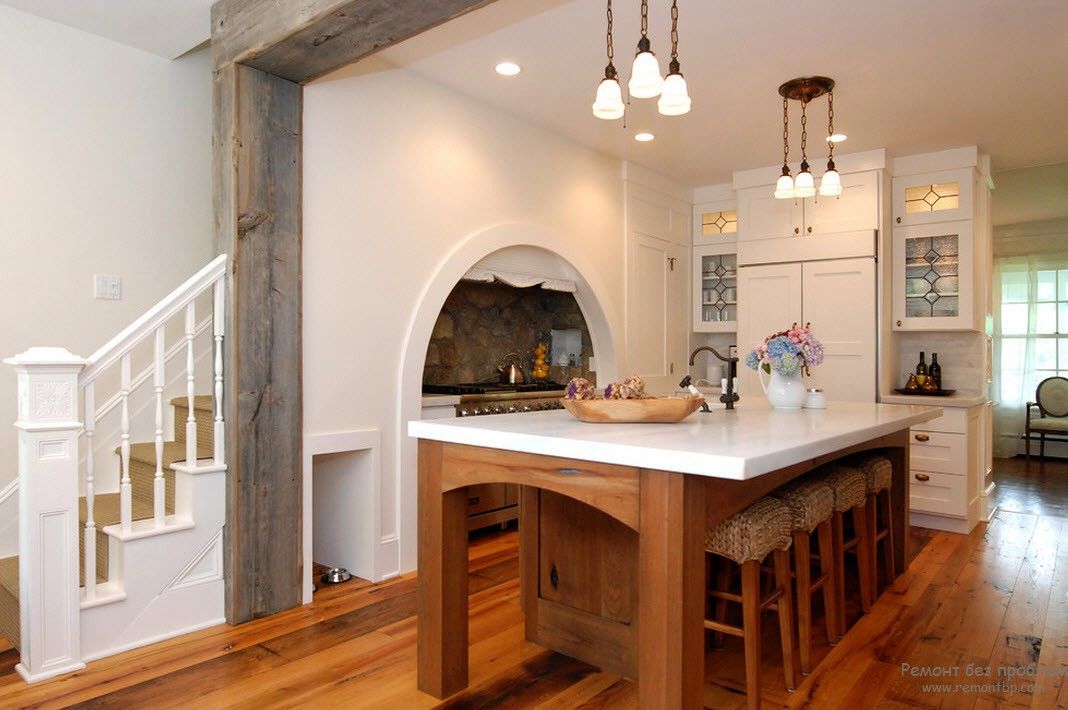 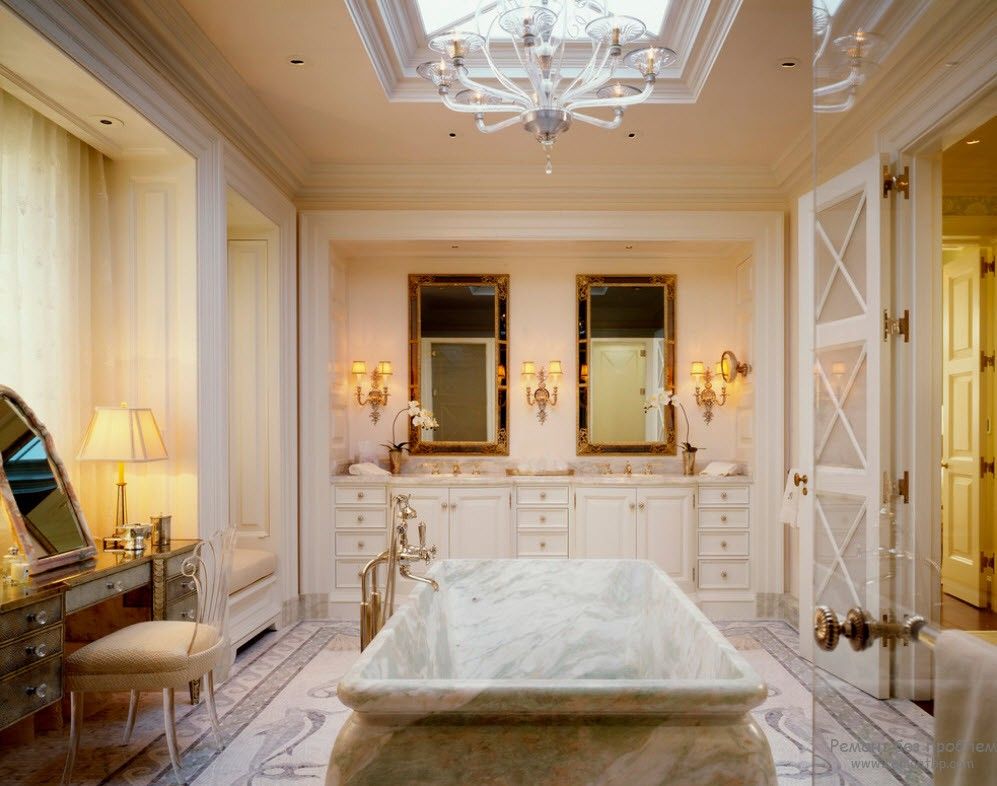 Greek interior design style does not exclude different level ceilings, which allows you to get out of a difficult situation at different ceiling heights in the room. 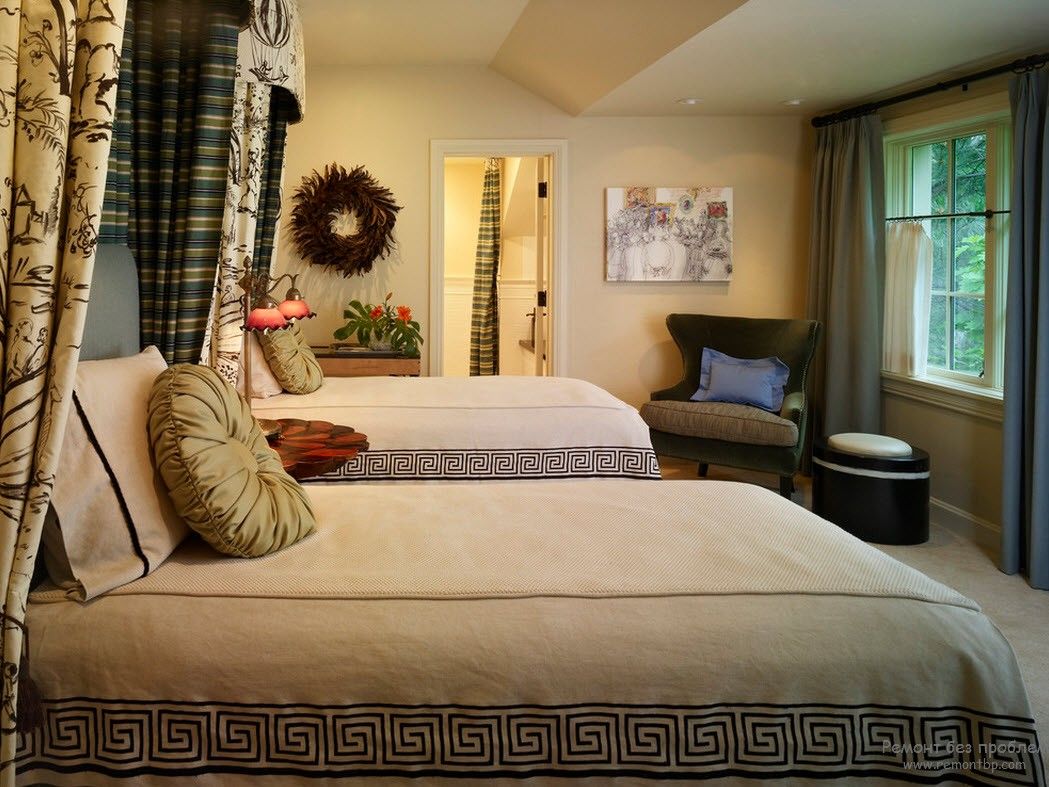 The walls require a special approach because not everything is suitable to decorate them. Apply only textured plaster, which gives austerity and simplicity to the room. 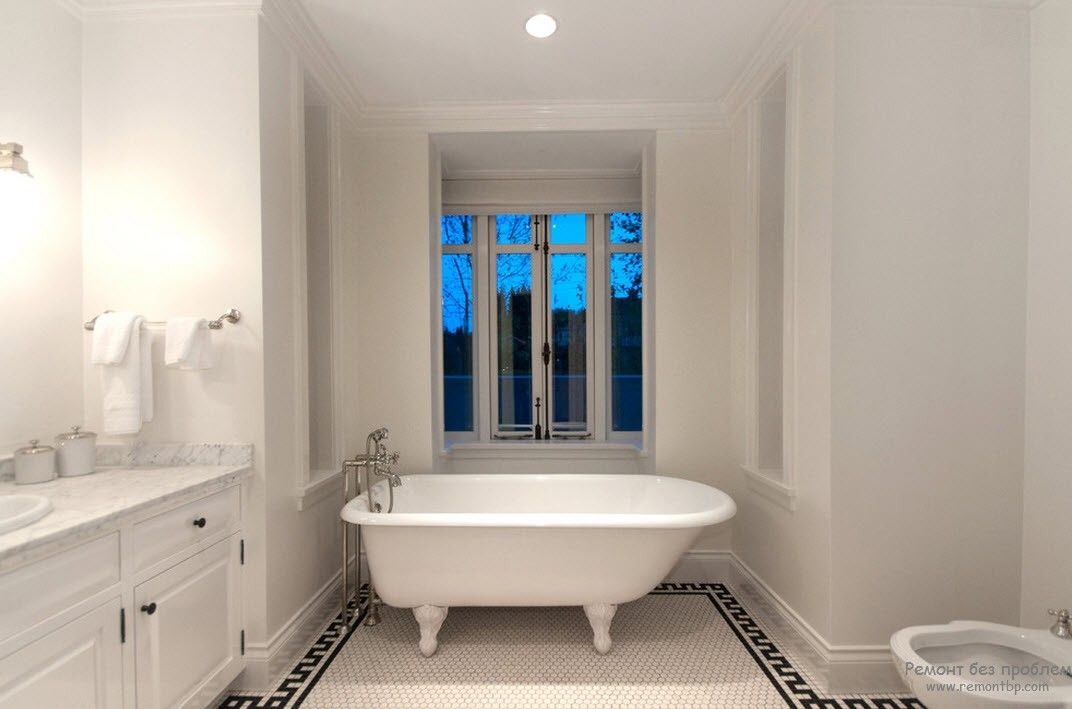 Occasionally, panels made of wood or some other facing material (ceramic tile, stone setts, etc.) are used. 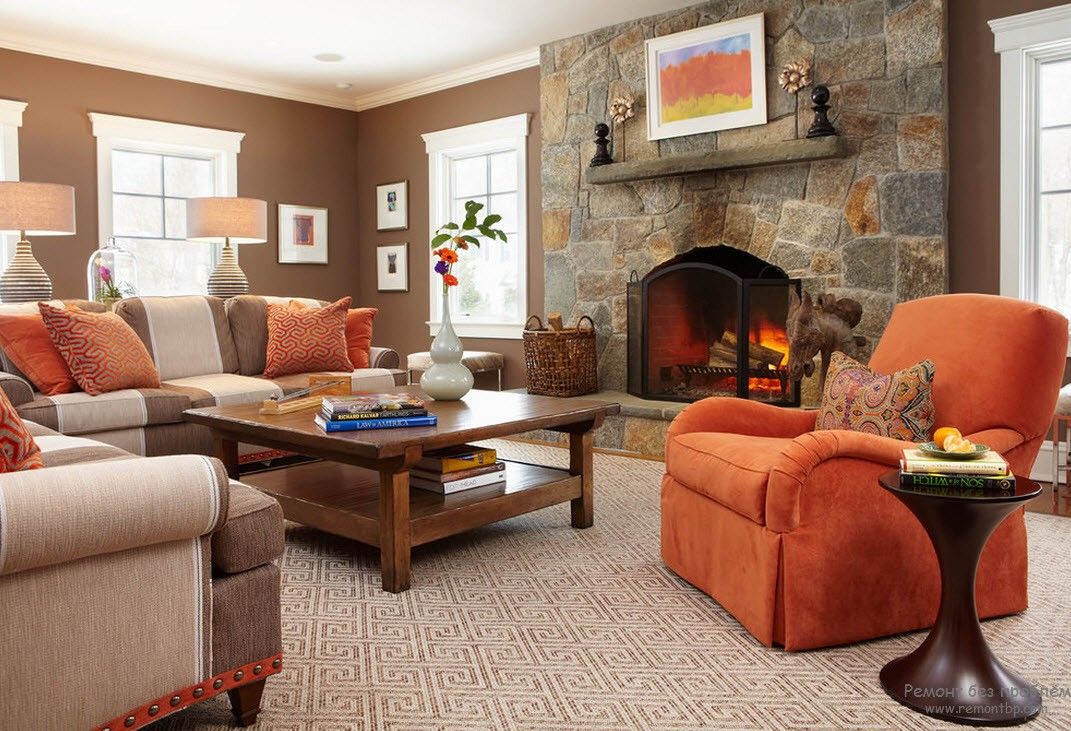 The Greek interior style allows for niches in the walls that are made with drywall. Often this is done at the expense of room space. 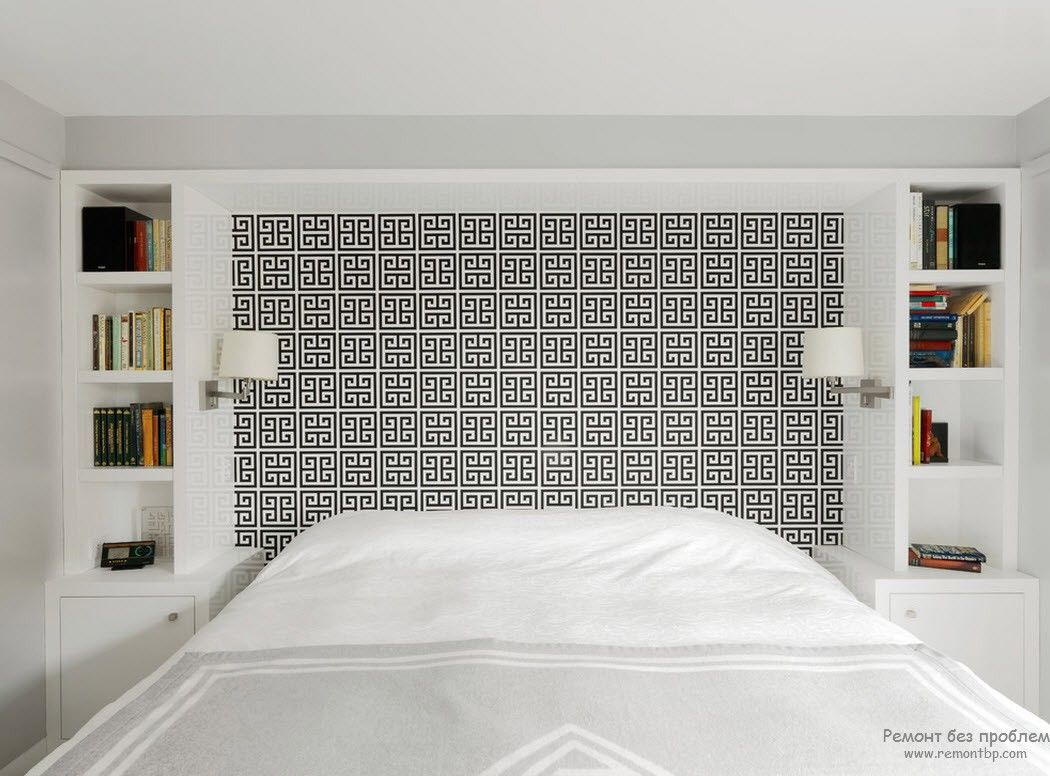 Sometimes, the owner’s desire to install the columns cannot be realized because of the small area. In this case, the Greek style allows you to solve this problem by installing polyurethane pilasters. 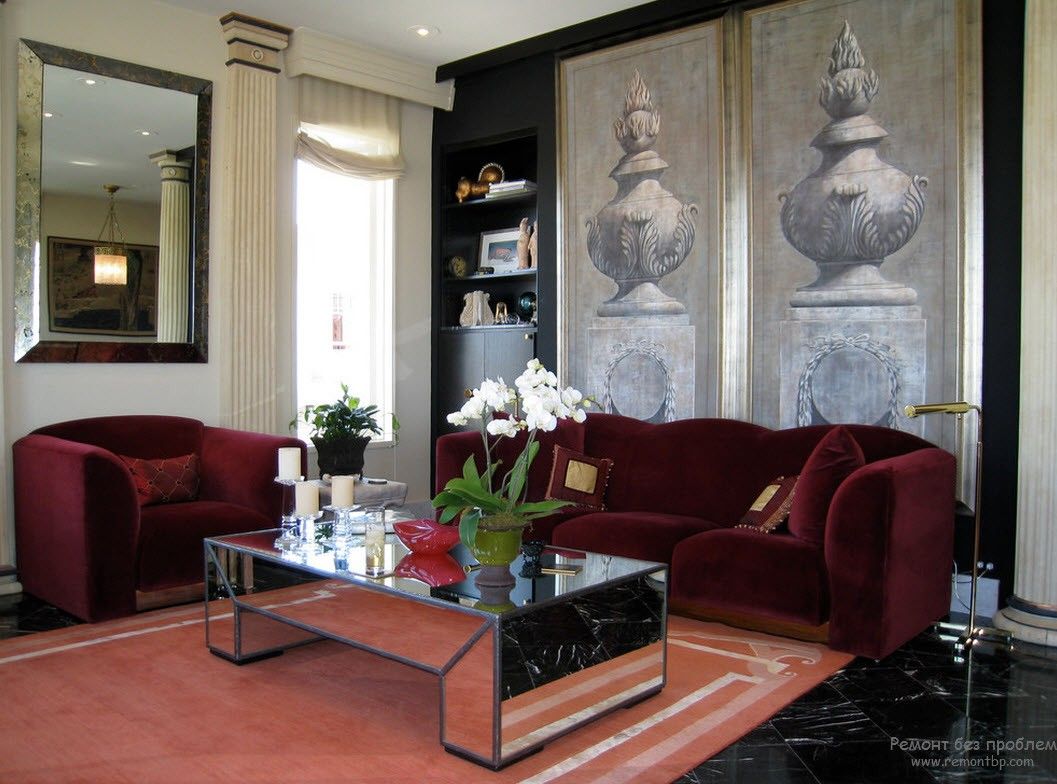 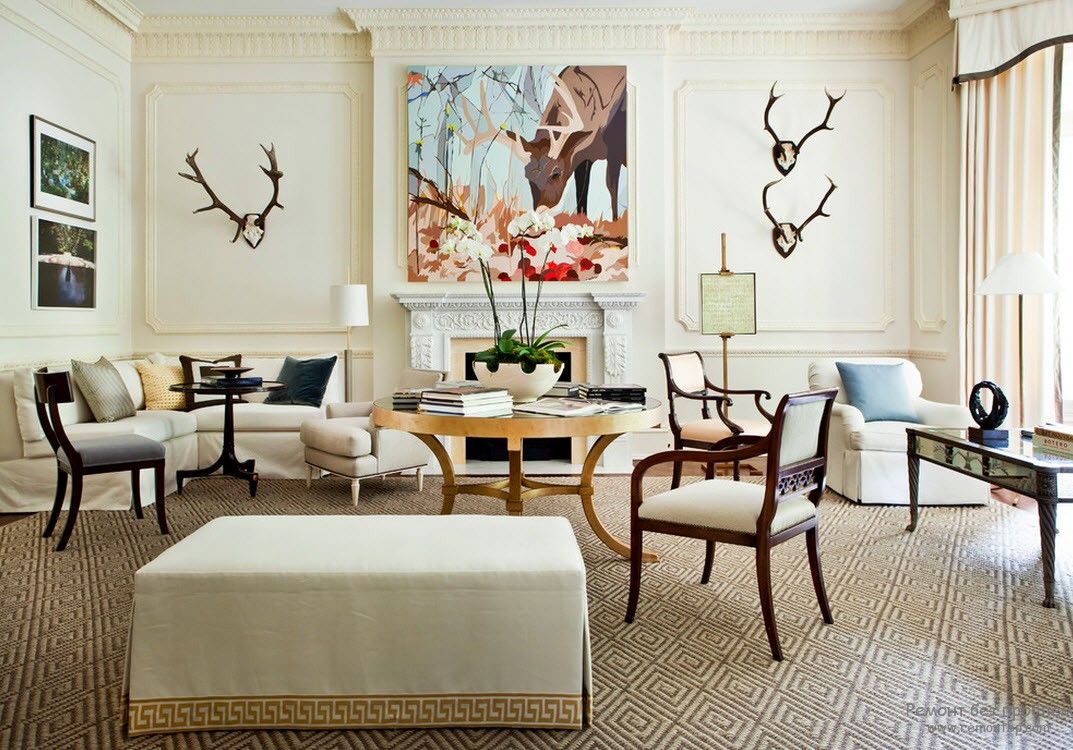 Greek style does not establish clear rules for the design of the floor. However, carpets are not welcome. The classic floor is laid out with marble, mosaic tiles in the form of meander patterns, 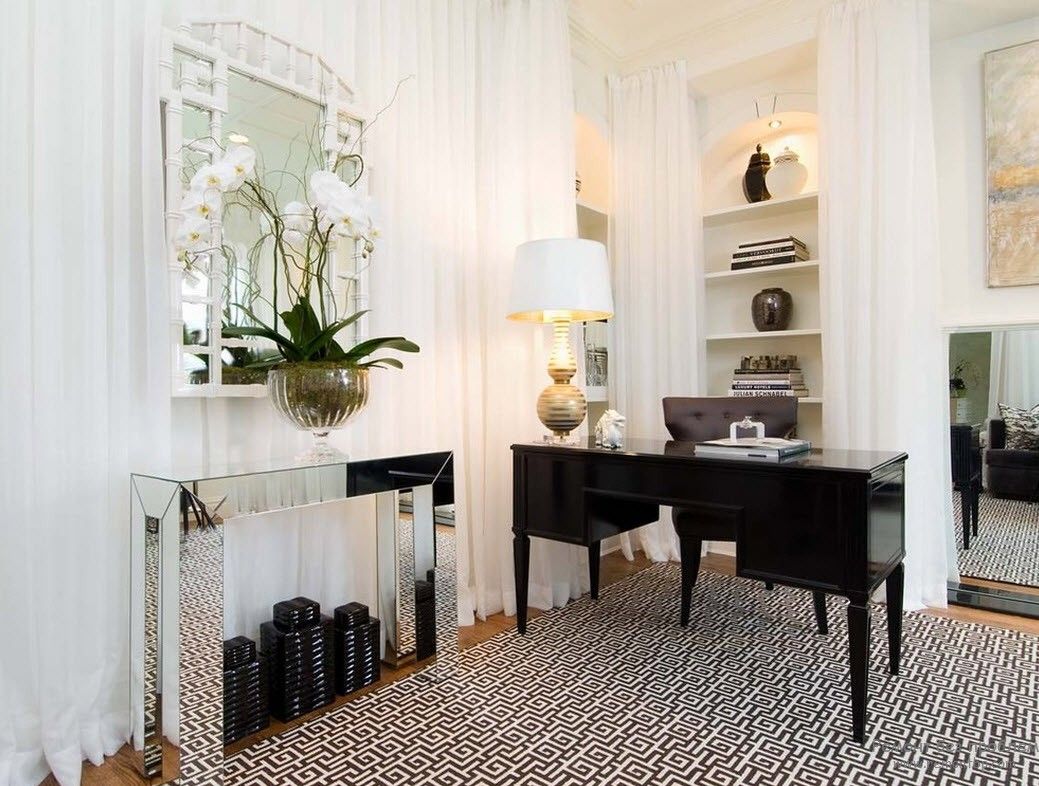 …but does not exclude other types of coverage. 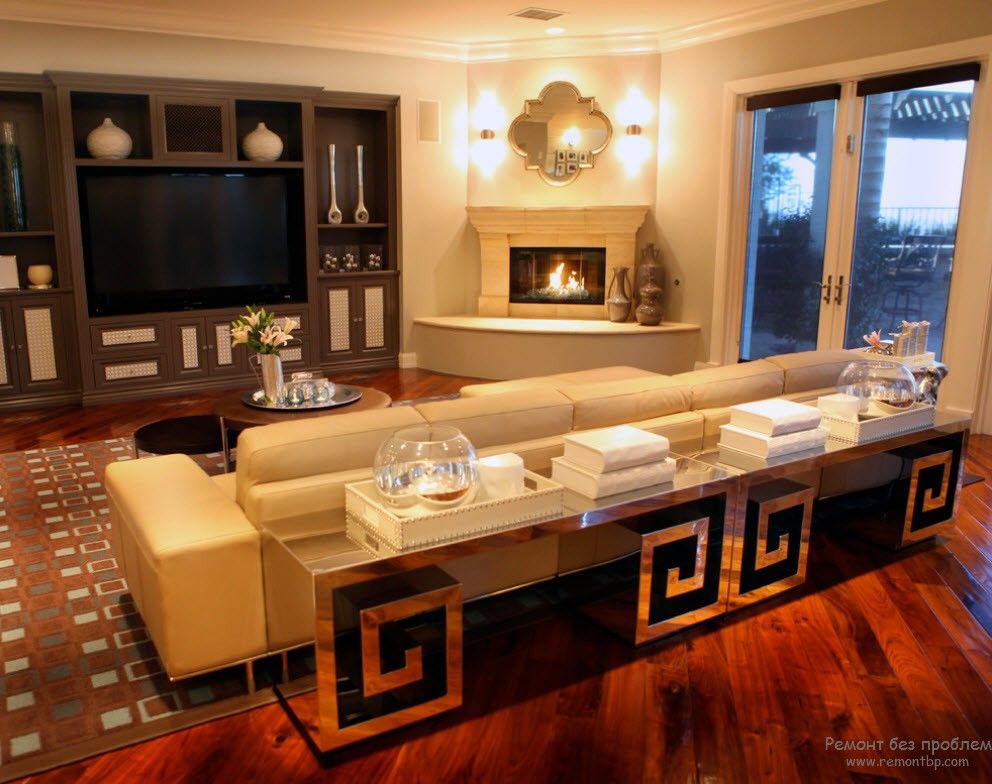 A combination of different coatings is allowed, which in no way reduces the beauty and originality of the floor design. 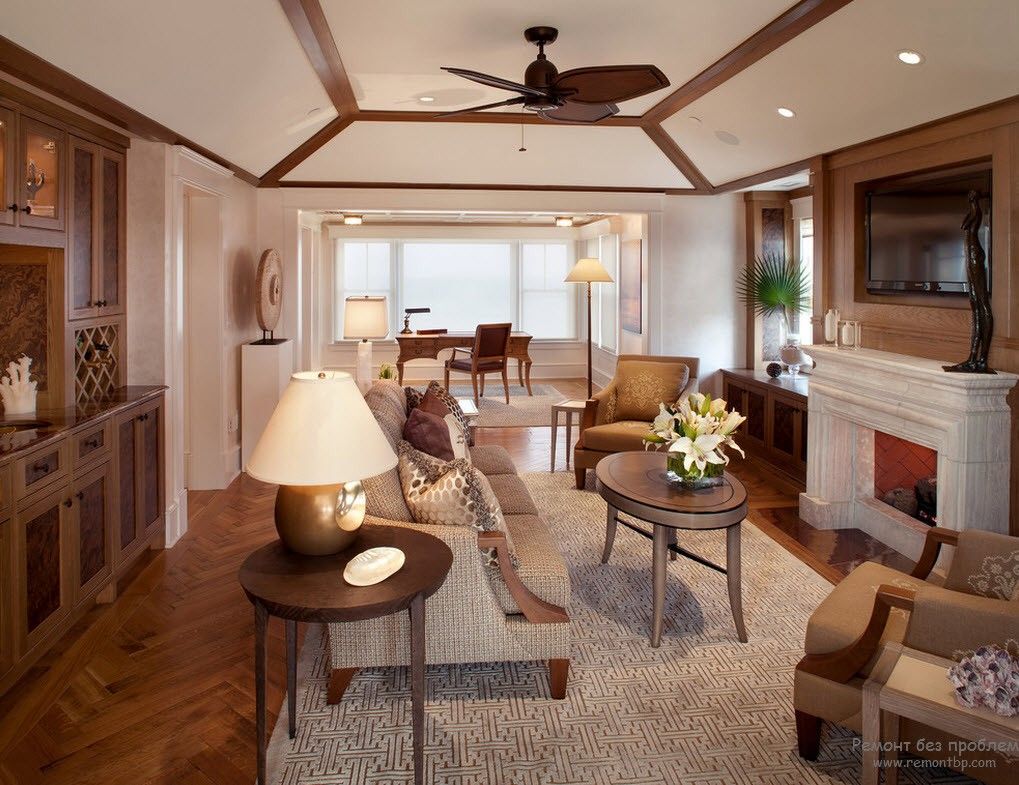 Furniture in the Greek style is characterized by: 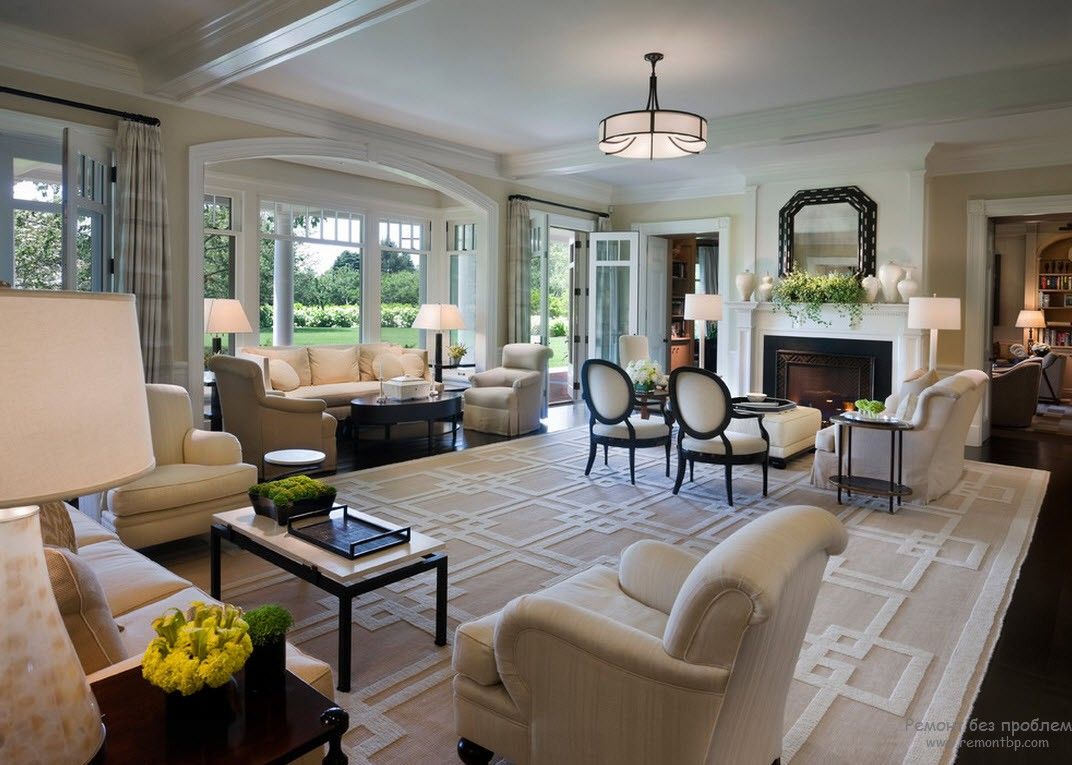 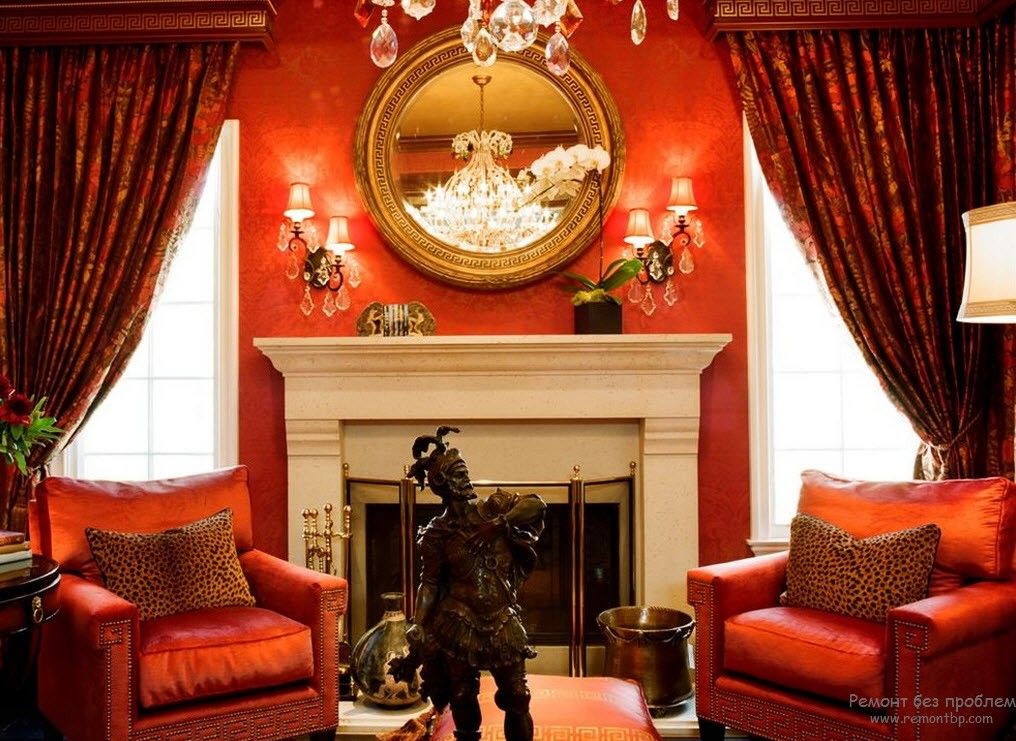 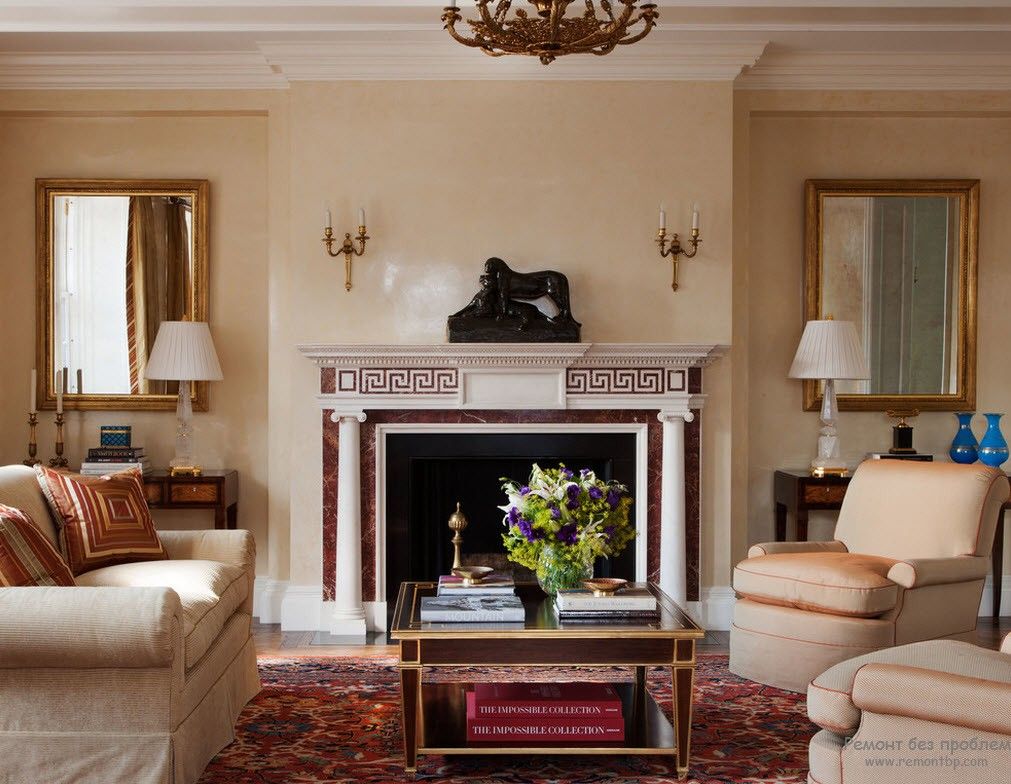 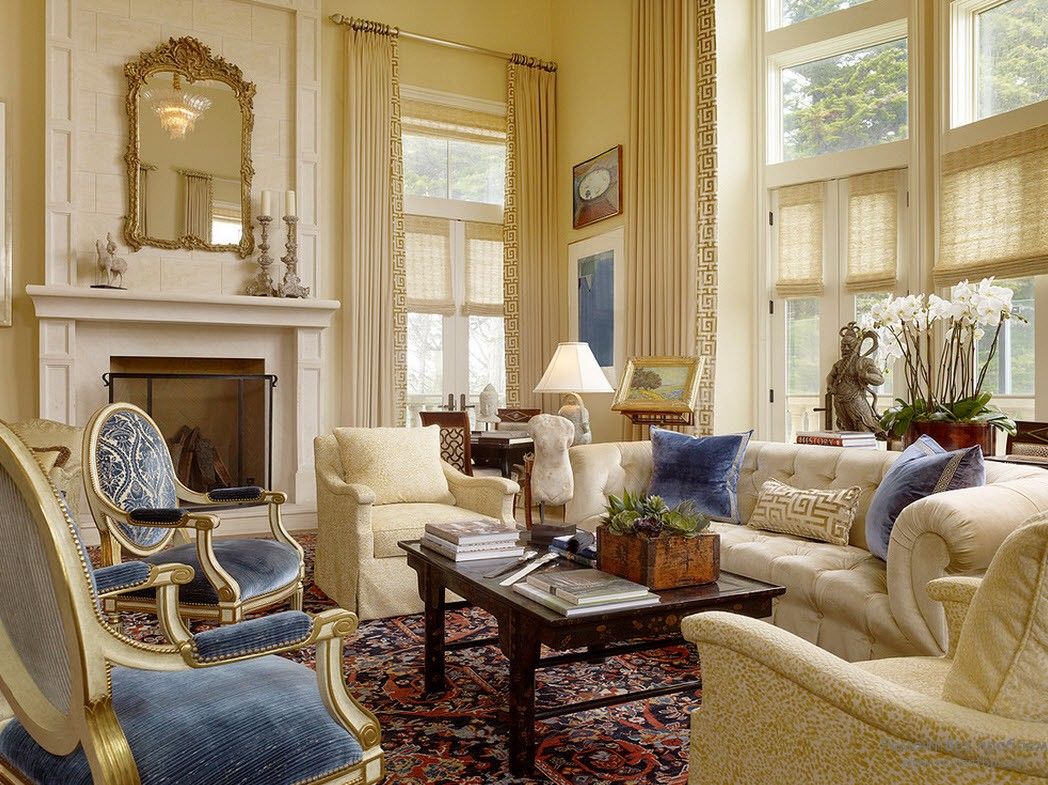 The fabric on the windows is used extremely rarely. It is mainly found in bedrooms as organic cotton, flax. Flower vases are very rarely found in Greek style. Ceramic dishes are abundant.

We can advise all those people who like simplicity and asceticism in a harmonious combination with the history and the ancient beauty of the Greek style, to make their dreams come true right at home.

Furniture in black (or almost black) is common for modern design projects. But if you talk about the historical roots of black furniture, it…